Best Flowers in a Comedy (and Some Raj-era Silver) 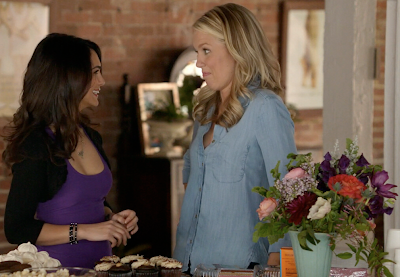 Downton Abbey isn't the only television series of late with gorgeous flower arrangements. Have you noticed the cut stems in Best Friends Forever?

I discovered NBC's canceled comedy a little after the fact. The show first came to my attention here, then a bit later I backtracked and read Salon's review. In addition to the sitcom's smart writing, I think the pause-worthy design details are a definite bonus. Turns out, according to this interview, that BFF's creators and stars, Lennon Parham and Jessica St. Clair, presented their set design team with a binder of old domino mag tear sheets. For me, the flowers are like a supporting player. Loose, natural, and gathered in pretty containers, they're a constant presence throughout the series and create a strong sense of place (the main characters are young creatives living in Brooklyn circa 2011). If you want to take a closer look, the show is online this summer over at NBC and also available through iTunes. 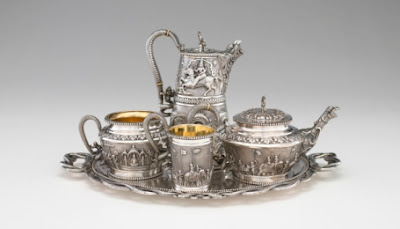 Oh, the mention of pretty containers reminds me that all sorts of striking vessels will soon be on view in Indian Silver for the Raj, opening at the VMFA on July 7. Expect to see Anglo-Indian calling card cases, colonial tea services, and rosewater sprinklers. Cross-pollination is a major theme running through this exhibition: While the Raj-period forms are often distinctly English, ornamentation is Indian in style and varies according to the region in which it was crafted.

I thought that show was funny! bummer they canceled it...