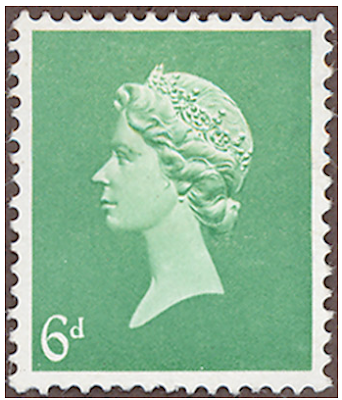 I think U.S. coverage of the Thames Diamond Jubilee Pageant begins around 8:45 a.m. on Sunday, June 3, so my plan is just to enjoy a lazy morning in front of the TV or laptop screen. No bunting needed. Although, when I saw the V & A's textile-inspired bunting kit, and then a bit later noticed this crafty video shown in conjunction with Kensington Palace's exhibition, Jubilee: A View from the Crowd, a show about Queen Victoria's 1897 Diamond Jubilee, I did momentarily consider a project with kids. (See the V & A's Jubilee shop display here.) 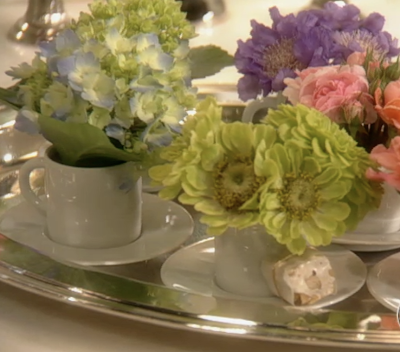 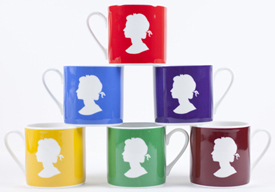 [Cups via the National Portrait Gallery linked below.]

Even though I'm not personally in need of any Jubilee souvenirs, I've enjoyed checking out the offerings at several museum gift shops. To celebrate The Queen Art & Image, the National Portrait Gallery has a silhouette design tea tin and a set of bone china espresso mugs reminiscent of the Gillick/Gentleman postage stamp cameo from the 1960s. Inspired by one of the original Martha Stewart episodes, I like the idea of tucking flowers into the cups and giving them as individual gifts, rather than as a complete set. If I received the yellow, I'd use it on my desk, not just for fresh summer daisies, but also to hold odds and ends.

[Color blocking Machin's Definitive. Image via Royal Mail and added to this post 5.29.12.]

The light, regal silhouette on a colorful ground actually calls to mind the various incarnations of artist Arnold Machin's most famous Definitive Stamp. In 2007, the 40th anniversary of his iconic sculpted portrait was commemorated with an exhibition, Timeless & Classic, at the Royal College of Art (RCA) and an online display is still available here. 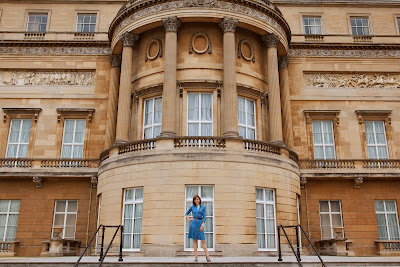 Back to T.V., next week I'll also be watching the Diamond Jubilee Concert staged in front of Buckingham Palace. (How will they top Brian May on the roof?) For more on the architecture and evolution of this palace along with two of the Queen's other residences, Windsor Castle and The Palace of Holyroodhouse, check your local PBS schedule for The Queen's Palaces, or alternatively, look for the DVD in the States starting May 29.
Posted by Style Court at 8:36 PM

Those mugs are great, as was the original design, of course, and the idea of having a silhouette of the Queen on the stamps instead of the words 'United Kingdom'. Roger Banks-Pye once advocated putting a sheet of such classic 'Queen' stamps in a nice frame to create a smart graphic incident on a wall.

Emile -- LOVE the Banks-Pye idea. That was my first choice for a lead post image here, in fact. If I come across something usable, I'll add it!