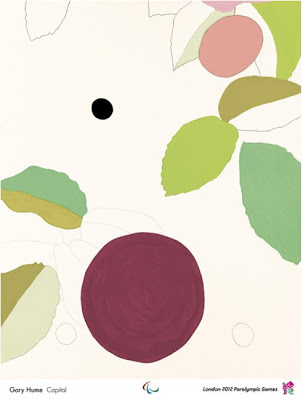 With eyes toward London, several contemporary artists have me enthused about this year's official Olympic and Paralympic posters. I've been gravitating to Sarah Morris's abstraction of Big Ben, Michael Craig Martin's stopwatch, and Bob and Roberta Smith's bold words, but British painter and printmaker Gary Hume's Capital, an inspired interpretation of a wheelchair-tennis player lobbing a ball surrounded by summer foliage is a piece I may just have to own. I'm already envisioning those green leaves and graphic, plum and pink circular forms above my desk. 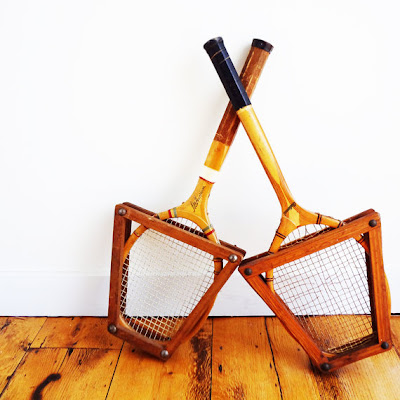 At the same time, I can picture Hume's poster hanging in the apartment entryway of a friend who plays the game -- maybe near a vintage umbrella stand or basket holding a few rackets. According to Tate, Olympic host cities have been commissioning posters to commemorate the Games since 1912. In 2008, the V & A curated A Century of Olympic Posters,  based on its own collection, and examples including works by Jacob Lawrence and David Hockney are viewable here.

Fascinating, I love all things Olympic! Great info, will follow your links.