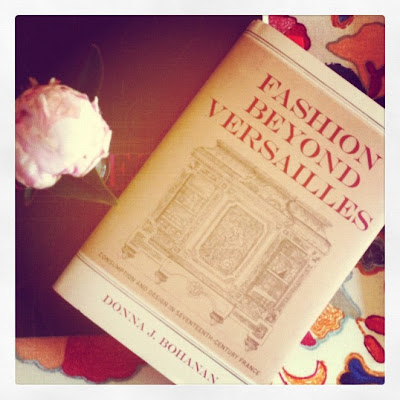 Here's a sampling of what's coming up later this week: We'll explore Donna J. Bohanan's fascinating new book, Fashion beyond Versailles: Consumption and Design in Seventeenth-Century France. Four centuries ago, French provincial elites may not have had Pinterest but when compiling inspiration files for decorating they certainly used widely circulated engravings of furniture, architectural details, and ornament. Bohanan looks at what the fashion-forward set living outside Paris and Versailles shopped for and what their things can tell us about who they were. I think readers with a penchant for French antiques and material culture will especially be intrigued (the book is even perfectly scaled to fit inside a beach bag), so I'm looking forward to discussing it. 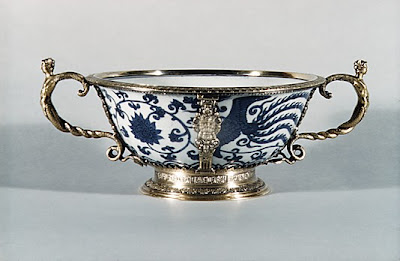 [Two-handled bowl, circa 1585, English and Chinese, hard-paste porcelain and silver gilt.
The Metropolitan Museum of Art.] 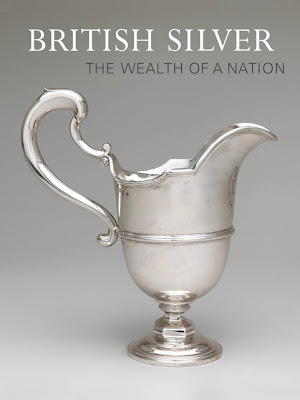 Turning to Britain, a new exhibition of decorative arts, British Silver: The Wealth of a Nation, opens at The Met on Tuesday, May 15. This show focuses on artisans and stunning London-made silver produced from the mid-sixteenth trough the mid-eighteenth century. And it delves into English silversmiths' workshops where specialty-skilled-yet-anonymous Continental craftsmen from the Low Countries, Germany, and France were also sought after.
Posted by Style Court at 1:53 PM

I love Versailles and that period, Looking forward to your views on this new book.

Andrew -- I think you'll really like it (the book, I mean). She shares so much about a group of consumers/aesthetes often overlooked in other books. Stay tuned...

Loved this post. Very much wish I was still living at home to pop over to see that exhibit. That English and Chinese piece is truly stunning.