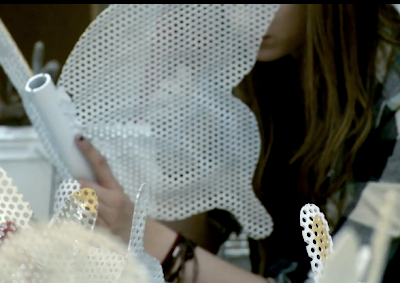 [Screengrabs are from a V & A video about Mat Collishaw's 2010-2011 installation, Magic Lantern.]
Fashion designer Matthew Williamson and visual artist Mat Collishaw are among the contemporary talents paired by the V & A in the upcoming exhibition, Britain Creates 2012: Fashion + Art Collusion, part of the museum's British Design Season. Williamson and Collishaw were asked to work together on a new commission, to be on view July 6 - 29. 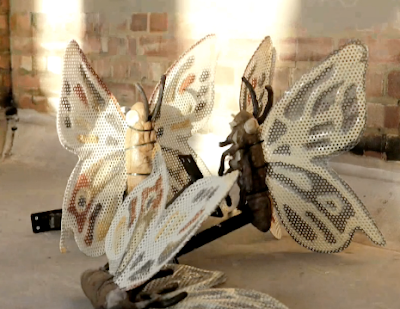 Both men have done previous installations for the V & A. In 2004, Williamson was invited to do a Christmas tree for the Museum, and last year Collishaw used the V & A's crown cupola as a sort of massive zoetrope with his spellbinding Magic Lantern. 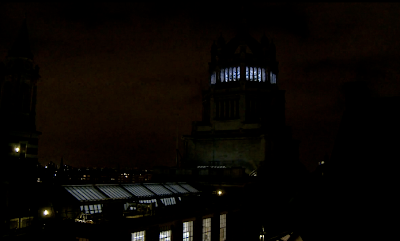 The screengrabs here are from a terrific behind-the-scenes video that shows how Collishaw played with the idea of moths drawn to a flame and used, as the Museum describes it, Lewis Carroll-esque scale along with light to temporarily transform visitors' experience of the South Kensington building. But my images don't begin to do justice to Cultureshock's video. See it full-screen here. More on 21st-century zoetropes here.

Catch a glimpse of Williamson's shop in my post Europeanoiserie.
Posted by Style Court at 5:51 PM