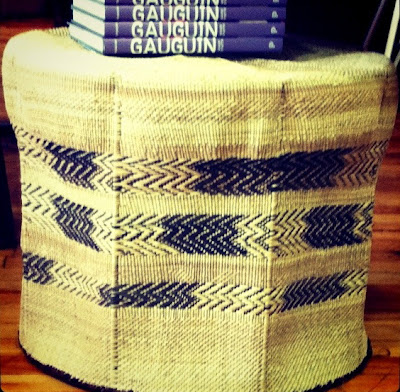 [Unless noted otherwise, photos are my own.]
In addition to pouring over the images of Emma Campbell's Kenyan bungalow, I've been enjoying photographer Tim Beddow's African safari portfolio. 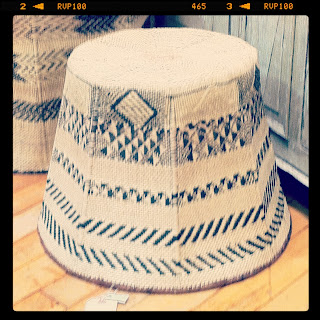 There's a sidetable in one tent that could be a very distant cousin of these woven pieces spotted the other day at Anthro (Atlanta's Lenox location). 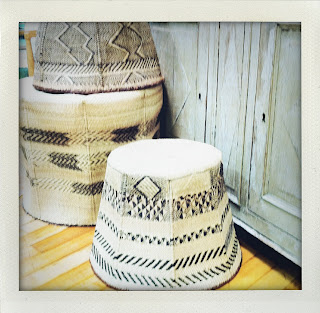 And these, in turn, vaguely resemble some of the baskets included in Grass Roots: African Origins of an American Art.  I've linked to the Museum for African Art's traveling exhibition before, but right now it happens to be in Wilmington, North Carolina at the Cape Fear Museum. Less than a week remains, though, to explore three centuries of superbly-crafted, coiled grass African and African-American baskets. 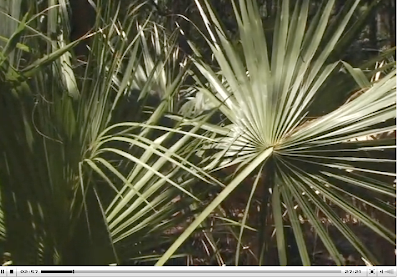 [Screengrabs from the College of Charleston documentary, Grass Roots.] 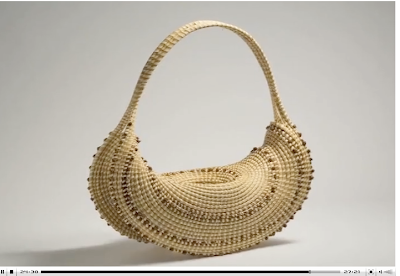 Now viewable online is the related Grass Roots documentary which focuses on the Lowcountry sweetgrass art form. Masters including Linda Graddick Huger, Leola Wright and Mary Jackson are featured; above is one of Wright's stunning baskets from 1996.
Posted by Style Court at 7:47 PM

What delightful pieces! I love these products, made from natural material. I love these side tables/stools! Beautiful colors!