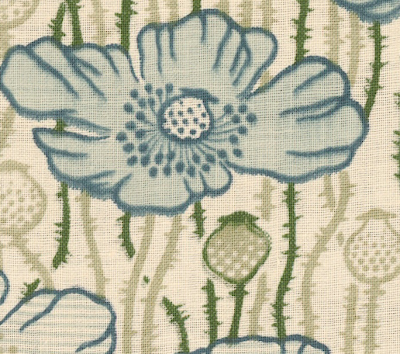 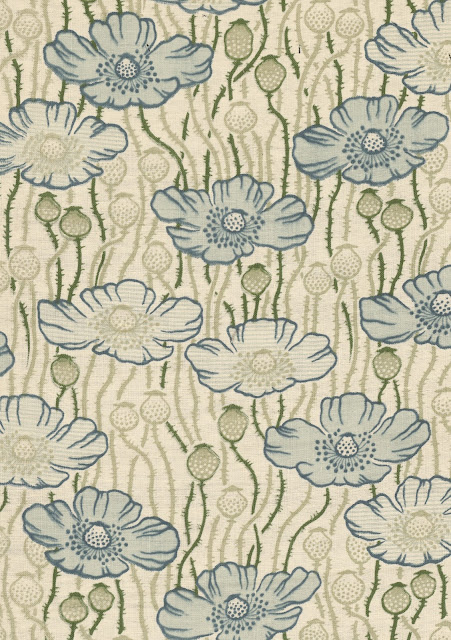 Here's a sneak peek at one of the older Liberty prints, Poppyland, included in Anna Buruma's upcoming release, V & A Pattern: Liberty. (This fabric pre-dates Downton Abbey's era by just a smidge.) Buruma is Liberty's longtime archivist, and the previously mentioned book is from the museum's series of very affordable little editions; tucked in the back is a CD with 70 hi-res images -- a playground for designers and students who want to do some non-commercial experimenting. 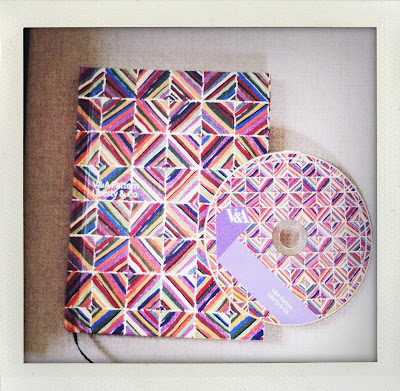 There's much to explore: Buruma covers textile territory from Liberty's early days, during the Aesthetic movement, and its evolution throughout the 20th century. I'll be back soon with details on the book as well as other British design tomes on their way to U.S. book stores.

I adore the Liberty fabrics. So fabulous.

Thank you! Only by writing will the past be preserved...and emulated; and even repeated!

Long live Carl and Iris Apfel and Old World Weavers!
This tradition has to continue!

Very subtle, this 'Poppyland' with the different gradations of colour and the profusion of wobbly stalks - you can almost feel them sway gently in the wind.

what lucky students to design Liberty prints...botanical illustration and fashion, perfect. Enjoyed the link to the winning students...what fun

I wonder if there is any chance they would release editions of some of those older fabrics? I am jonesing for those poppies!