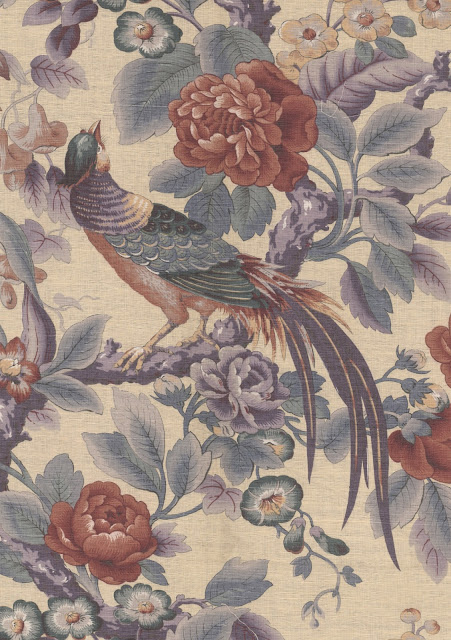 Chronicled within the pages of Liberty archivist Anna Buruma's compact little book V & A Pattern: Liberty, scheduled to be released this spring, are all of the iconic London emporium's different textile ranges from the 1880s through to around 1980, encompassing furnishing cottons and dress fabrics along with scarves and handkerchiefs collected by the museum. 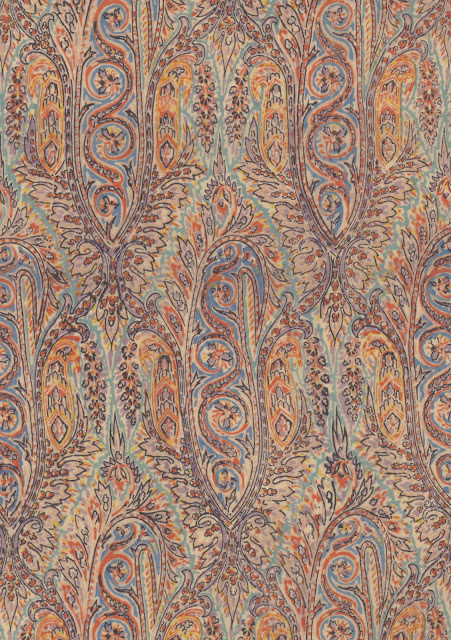 [Liberty & Co. Scarf, printed jacquard woven silk, UK, 1937 from V & A Pattern: Liberty.]
Regular readers know I've been looking forward to the publication of this edition for a long time, so I was thrilled to have a chance to peek at an advanced copy. 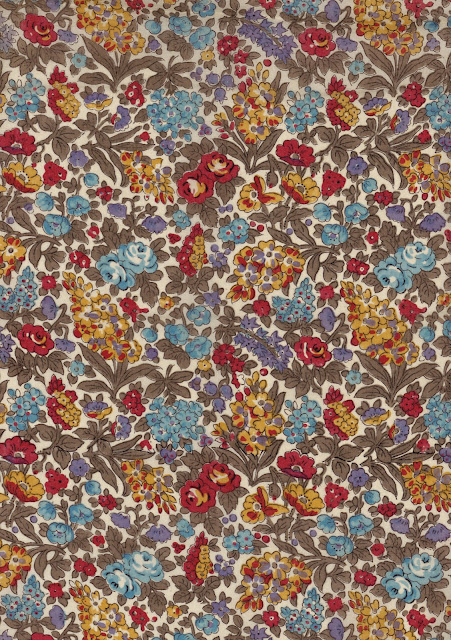 [Liberty & Co. Handkerchief, printed silk, UK, 1920 from V & A Pattern: Liberty.]
Fabrics have always been Liberty's core. Buruma explains that when Arthur Liberty opened his Regent Street shop in 1875, he primarily sold textiles -- initially silks imported from Asia -- to artsy women in sync with Aestheticism. They tended to wear floaty smocked dresses and liked to furnish their houses with artful things. Since Liberty's Asian silks were colored with soft vegetable dyes and didn't have to be artificially weighted like French silks, they were snapped up by avant-garde Victorian Brits. 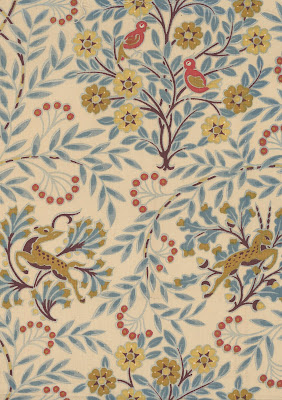 Soon,  Liberty began collaborating with Thomas Wardle in Leek, Staffordshire, to dye and print material to his own specifications (the first Liberty Art Fabrics). And of course collaborations with varied designers became a tradition that continues today. 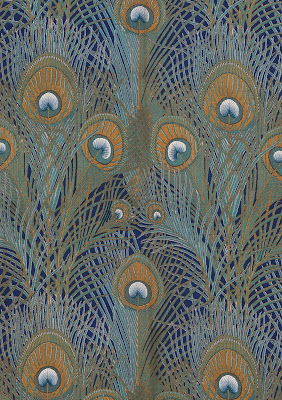 It was William Dorrell, Liberty's cotton buyer in the late 1920s, who decided to market the fine plain weave, ultimately identity-making, cotton known as Tana Lawn. 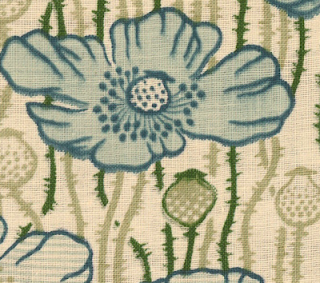 [Detail view, Popplyland, Liberty & Co.'s furnishing fabric, a UK-printed cotton 1890-1907 from V & A Pattern: Liberty.]
During the early years, Liberty didn't credit individual commissioned designers, opting instead to build its own brand, but as the decades passed this changed and the book is a helpful resource if you want to identify a few names. In general, though, this edition is meant to be a visual trove with minimal text and abundant images. Again, the included CD with 70 hi-res pictures makes it possible to study the fabrics up close. The colors (still remarkably fresh) and textures don't disappoint, and it's a treat to have a survey of Liberty's evolution in such a mobile package. I think you'll spot the more famous prints right off the bat but will also discover lesser-known fabrics. After flipping through the book for the seventh or eighth time, I found myself anxious to experiment and see some of the archival prints in alternate colorways. 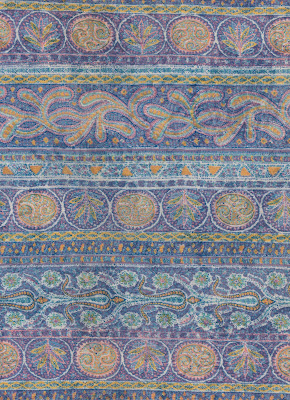 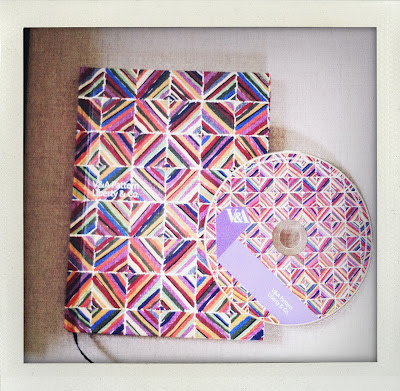 Among the most vibrant prints featured by Buruma is the textile chosen for the cover, Kasak, a UK-screen-printed 1977 furnishing cotton by Susan Collier and Sarah Campbell for Liberty.
Posted by Style Court at 5:45 PM

I love the Liberty fabrics. My grandmother used to get swatch books from Liberty several times a year. They were the most beautiful little squares of fabric arranged on paper sheets.

I have always loved the Liberty prints. They add such character to a room