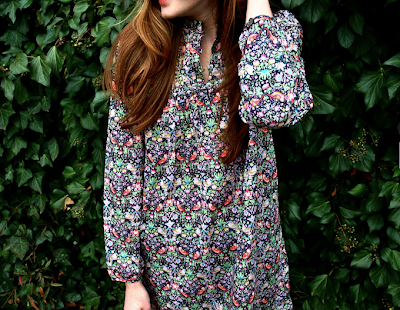 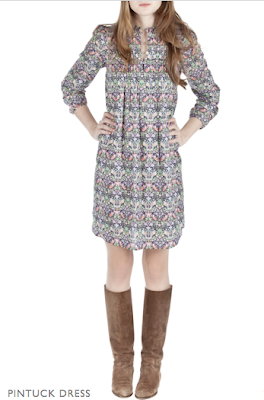 [Strawberry Thief dress by Ann Masburn; images via Sid Masburn/Ann Mashburn.]
When I think of Ann Masburn's clean style -- her house, the look of her shop -- what first comes to mind isn't usually the densely patterned 19th-century Aestheticism of Frederic Leighton, William Morris and Edward Burne-Jones. 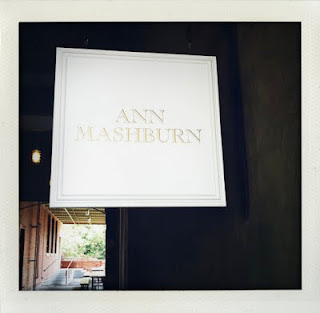 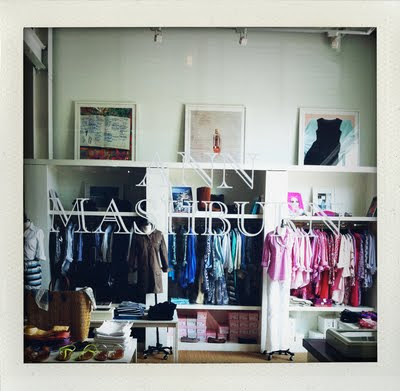 [Photos above are my own and photos of Mashburn at home, below, are by Erica George Dines courtesy Atlanta Homes & Lifestyles.] 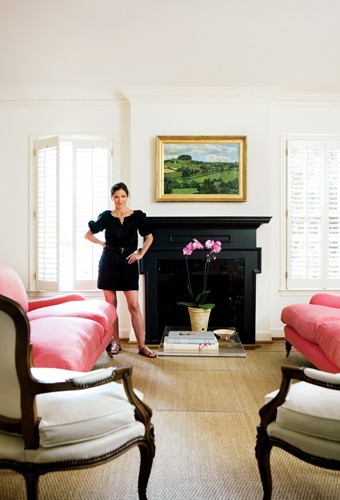 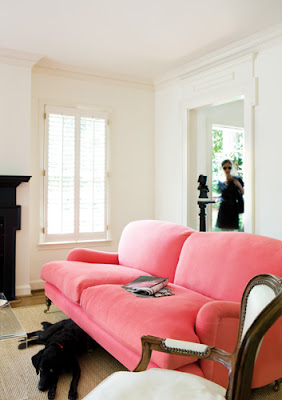 But one of her signature designs, the Strawberry Thief dress, definitely links to Morris. 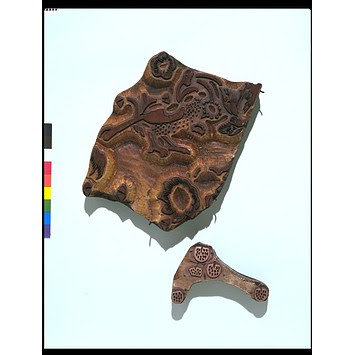 [William Morris' 1883 pearwood and metal, with felt inlay, Strawberry Thief printing block given by Stead McAlpin & Co. to the V & A.] 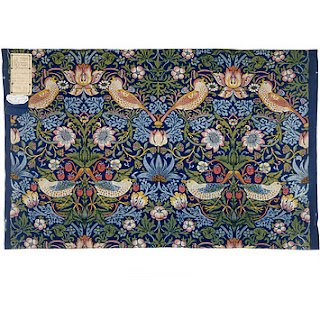 [William Morris' 1883 indigo-discharged and block-printed furnishing cotton, Strawberry Thief, inspired by thrushes nabbing strawberries from his country kitchen garden at Kelmscott Manor, in Oxfordshire. Sample is from the V & A.]
Ultimately associated with Liberty, Morris' Strawberry Thief, explains the V & A, was one of his most expensive cotton prints. Nonetheless, it was extremely popular with clients for interior use. Morris was drawn to the indigo discharge printing method favored in the East and tried the technique with this own fabric. The museum also notes that the pattern is remarkable because red (alizarin dye) and yellow (weld) were added to the basic blue and white ground. (For Liberty, the pattern was redrawn on a smaller scale in 1979.) 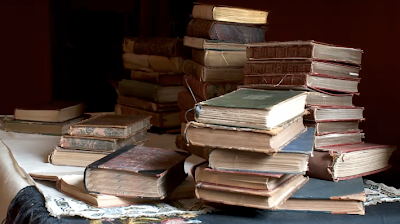 [Screengrabs from a V & A video about the Aesthetic Movement.]
Late last year I mentioned a V & A organized show, The Cult of Beauty: The Victorian Avant-Garde, 1860–1900, a couple of times. Now, with its U.S. debut at San Francisco's Legion of Honor just around the corner (February 18),  I thought it would be interesting to spotlight contemporary examples of The Cult's lasting influence. It's intriguing, to me at least, to see what lingers from a certain era, what's revisited decade after decade, and what is reinterpreted. 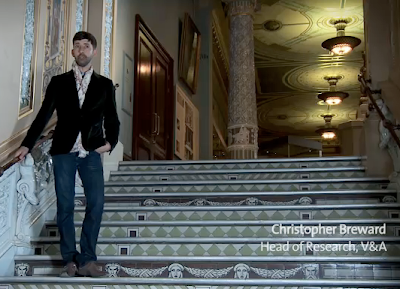 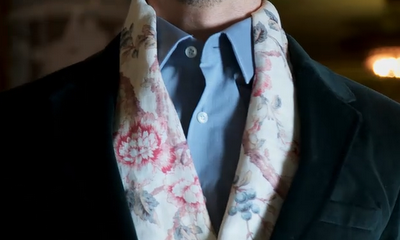 So, the Mashburn dress is case study one. And to recap, in this video Head of Research, Christopher Breward, talks about English dandies and their reappearance during the 1960s. 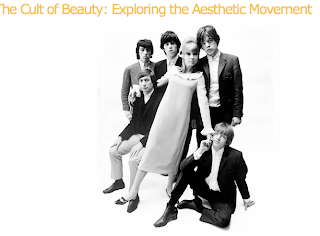 Interior design is covered in the video, too. 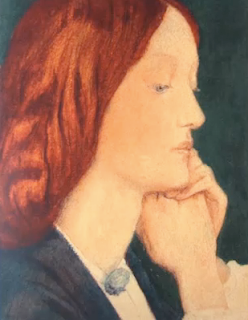 Read about the photographs in Mashburn's store here.
Posted by Style Court at 10:31 PM

Wow, you covered a lot of ground on this one. Very nice. I recommend the video to readers.

Ann Mashburn is a favorite. Who knew fabric could be so cerebral! Great link to Morris

I have a needlepoint pillow canvas of the Strawberry Thief. . . you've inspired me to get stitching on that!