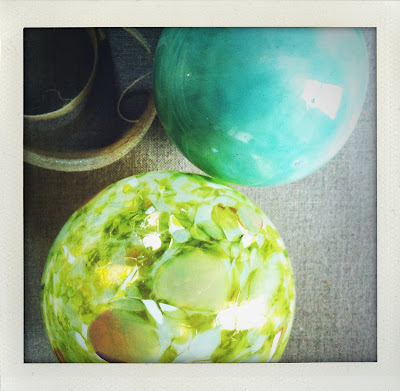 [Photos directly above and below are my own. Mosey's ornaments, the citrine glass shown here, are currently available in many other colors at Saks as part of the Spotlight sneak peek. $30. The acqua ceramic is just an experiment of mine.] 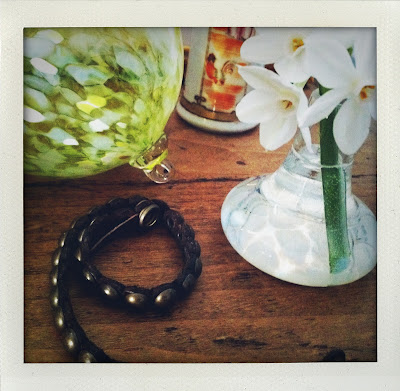 Chattanooga-based Christopher Mosey's tactile glass work is raw and natural. But when I came across his brilliant ornaments at the Spotlight on Art preview (proceeds benefit Sheltering Arms and Trinity School scholarship funds), I thought of Luca Guadagnino's supremely stylized scenes in I Am Love. 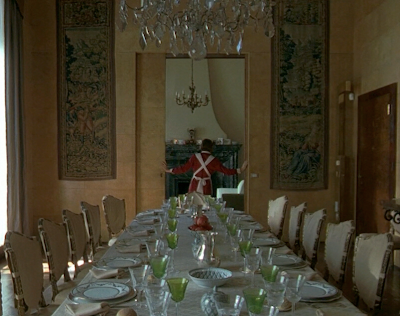 [Screengrabs from Magnolia Pictures I Am Love starring Tilda Swinton.]
While the acid-green shades in the ball I bought did remind me of the shimmering glasses in the film's birthday scene, it was really the sense of dappled sunlight that made me connect the two. 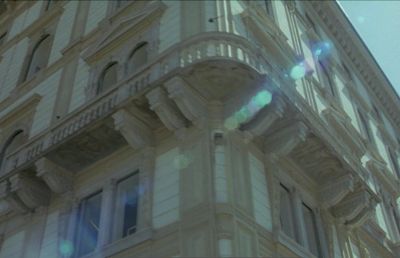 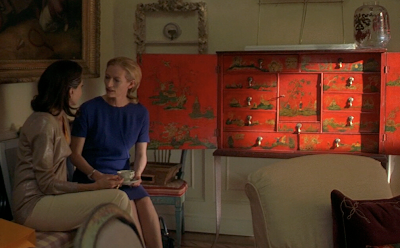 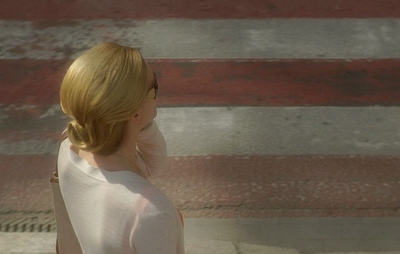 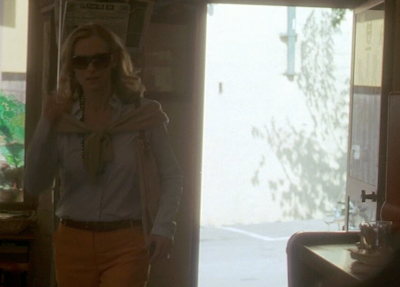 Beautifully diffused light is a major element throughout the movie. 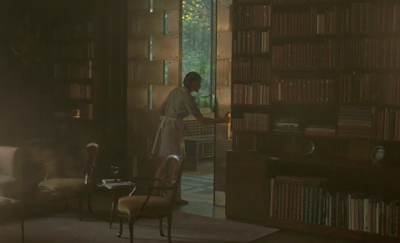 Bars and grids are another visual motif, but truth be told I was so taken with all the jaw-droppingly well-framed shots that I didn't pick up on the cage symbolism until I read set designer Francesca Di Mottola's production notes. The idea was to use the sets to underscore main character Emma's (Tilda Swinton's) sense of isolation and an entire family constrained by tradition. Once you're aware of this, you can't stop noticing vertical bars.

A few months ago I mentioned another sumptuous flick about an old Italian family going through upheaval, The Leopard. Roger Ebert compares the two films here, observing that director Guadagnino "makes the connection inescapable by the use of the name Tancredi [Emma's husband in I Am Love]; in The Leopard, Alain Delon pays the Salina nephew of that name." 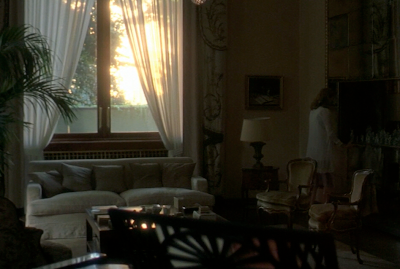 Of course, the best way to watch I Am Love is just to drink it in -- not intellectualize it. Like my December 2010 pick for aesthetic inspiration, Orlando, Love has some dreamy wintry scenes too. But don't forget to lookout for the many appearances of the book Atelier Simultane di Sonia Delaunay, 1923-1934 (explanation in the previous post) and the use of orange. Love is set about thirteen years ago; coincidentally, as everyone has heard by now, Tangerine Tango, a red-orange, is Pantone's color of the year for 2012. 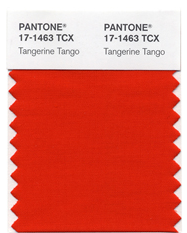 [Image via Pantone]
If you want to celebrate the hue right now, Mosey made some orange spheres as well. Stop by the preview installation, on view through January 31 at Saks (women's shoes adjacent, main level, Phipps Plaza, Atlanta). 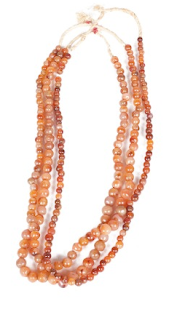 And those African beads I like -- the ones sold at Ann Mashburn -- are now available in carnelian (check out the purple too).
Posted by Style Court at 4:58 PM

Just so wonderful... the dappled, diffused light - interesting note: bars + grids. I have a lot to review in links from this post. How fun to tie-in the Pantone news at the end. That first screengrab, what a scene!