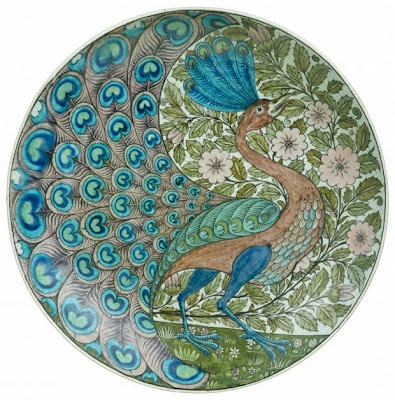 [Charger, William De Morgan, circa 1888. The V & A Museum no. C.261-1915.]
Maybe the next California tourism commercial should include at least one tiny glimpse of a museum mixed in with the scenes of the State's incredible natural beauty, parks, and rec. Skeptical? I did some research. More and more, design-related exhibitions have mass appeal. According to The Met, Alexander McQueen: Savage Beauty -- the eighth most popular exhibition ever held at the Museum -- along with three other concurrent 2011 Met shows generated $908 million of economic activity for New York (estimated direct tax benefit to the city and state: $90.8 million). But just from an aesthetic perspective, on the West Coast, San Francisco continues to be a hot spot for outstanding exhibitions.

We've already talked about Maharaja: The Splendour of India's Royal Courts on view through April 8, 2012 at the Asian and The Art of the Anatolian Kilim on view through June 10, 2012 at the de Young. Now another V & A organized show, The Cult of Beauty: The Victorian Avant-Garde, 1860–1900, is headed to the Legion of Honor on February 18, 2012. 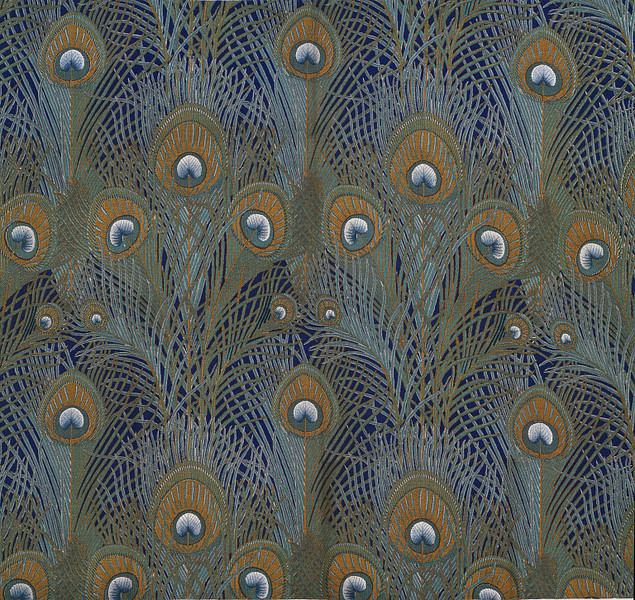 [Peacock Feathers furnishing fabric 1887 via the V & A.]
Particularly for anyone enthusiastic about textile design -- not to mention architecture and home furnishings in general -- this is an interesting exhibition because it looks at a period when a small group of bohemian artists (William Morris, Edward Burne-Jones to name only two) broke with Victorian convention and became very involved in decorating, most famously through wallpaper and fabric production. Of course, they influenced fashion too (think English dandies, peacocks, and women with long, wavy red hair). Art ignited a lifestyle revolution, radically changing accepted standards of beauty. 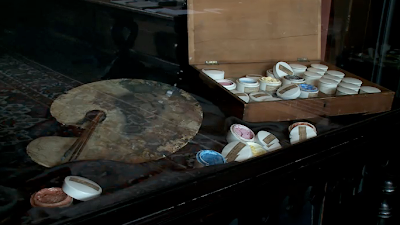 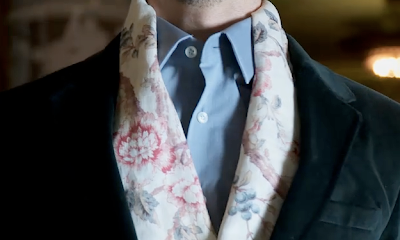 [Screengrabs from a V & A video about the Aesthetic Movement.]
More than a century later, the connection with Liberty is still going strong. Here, the impact is felt in Atlanta. And Emile de Bruijn shares a National Trust connection here.

BTW, fashion design students will also be happy to know that The Fashion World of Jean Paul Gaultier: From the Sidewalk to the Catwalk opens at the de Young March 24, 2012. 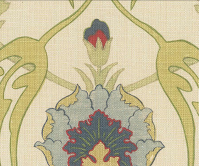