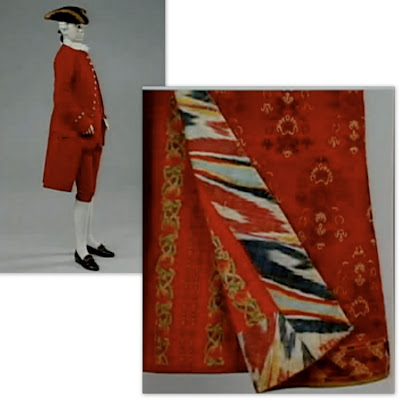 [Screengrabs from scholar Elena Phipps's Met lecture on Cochineal Red: The Art History of a Color. At left, Suit, British made 1750-1775, wool, silk, gold. At right, Coat, Islamic, Mid-19th century or earlier, silk, wool, cotton, bast fiber.]
For a science-phobic but visually-oriented, nature-loving person, the study of color can often be a great bridge from art and design to chemistry and biology. Elena Phipps's long-time investigation of cochineal red, the famous insect-derived dye, definitely weaves together art, science, and history. So, fans of the rich hue take note: Phipps will be at the de Young museum November 12 at 10 a.m. discussing her 2010 book, Cochineal Red: The Art History of a Color. (Admission is $10. Click here for details.)

In addition to serving as a textile conservator with the Met for thirty-four years, Phipps is currently Vice-President of the Textile Society of America, and President-elect (2012–2014). Her de Young visit ties in with an exhibition we talked about a while back, The Art of the Anatolian Kilim on view through June 10, 2012. 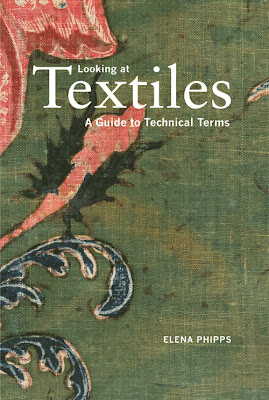 And thanks to my friends over at Enfilade, I know that a new title by Phipps, Looking at Textiles, is due out in January 2012. 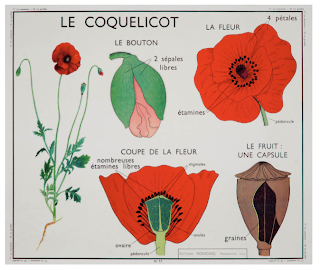 Truth be told, I believe I first heard about this edition during the summer but it was when I spied the vivid orange spine and lush cover botanical poking out of a new display in the art book department at Sam Flax that my curiosity was really sparked. 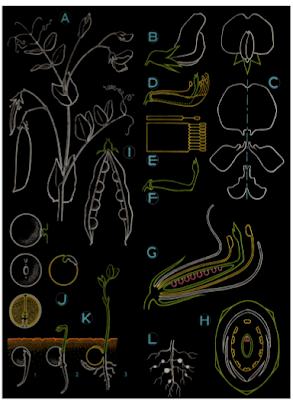 Maybe a century ago, some kids in a European classroom responded in a similar way to the original full-blown botany wall chart. 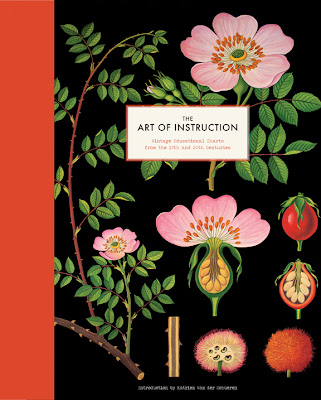 As many of you know, Van der Schueren owns voila! gallery in L. A. She' s been collecting large-scale antique and vintage educational wall charts from the 19th and 20th centuries for more than ten years. It's a fascinating genre because, while the brilliantly colored, highly detailed charts were carefully rendered and integral to classroom instruction, they were rarely catalogued by schools or the companies that produced them. 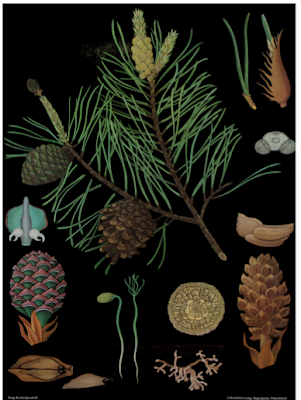 The charts were most prevalent in elementary and high schools and in universities between 1870 and 1920. During this time, class size was large enough that passing actual specimens or loose engravings from student to student was impractical but well-illustrated individual text books were not available either. Van der Schueren says the botanical and anatomical charts were graphically designed so that each student -- even one in the very back row -- could easily see them. In fact, the charts were thought of as works of art, enriching a child's surroundings, as well as scientific tools. 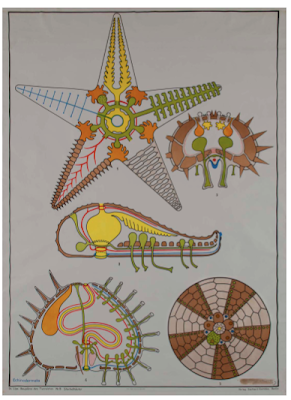 At the beginning of her book, she offers a concise overview of the artists and companies behind these posters; the remainder of the volume is devoted to striking reproductions, organized in two categories: Botany and Zoology. The big appendix is helpful, too, serving to identify what we see in the illustrated charts. With the multitude of intrinsic patterns found in nature, textile designers will find much to inspire.
Posted by Style Court at 10:15 AM

Courtney Cochineal red was mentioned briefly in my even briefer study in design, but what was always emphasised was "there must be a spot of red in every room, even if it is just a dot!" I've never forgotten the words though I must admit I don't use red often in decor, except in paintings.

Tina -- so cool that you mention this. A few years ago, here, we had a little debate about who really first advised the spot of red in every room. At one time I thought it was Sister Parish but Jane Hess found evidence that it was Lady Juliet Duff. Something red, something shabby :) Regardless, great advice!

Courtney, one of my favorite books as a girl was Patricia's Beatty's "O The Red Rose Tree" about a group of girls in the 1890s out West who try to gather enough red fabrics that won't run (so difficult and rare in those days) to help an elderly friend create her dream quilt. It was one of the books that got me interested in textiles and quilting and I hadn't thought about it in ages, but this post reminds me of it from top to bottom. I have always imagined the quilt they made to look something like one of those botanical prints, albeit with a white background...

Jacqueline, I love how books allow us to imagine for ourselves what something looks like. Generous of you to stop and take time to share such a personal memory-- thanks for letting us know about the book too.

Courtney — can't remember if you ever mentioned them but there are a pair of older books by Gosta Sandberg called "Indigo Textiles" and "The Red Dyes: Cochineal, Madder and Murex Purple." Lark is the publisher. Also one of our local shops used the Swiss Army blankets to recover long upholstered benches but we bought the blanket instead. They typically have a number or some kind of Id tag on one corner.

Linda -- I'm off to check my archives for Sandberg. Would love to visit that shop!