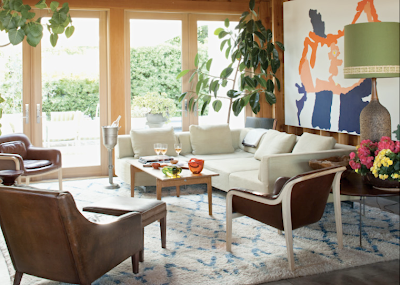 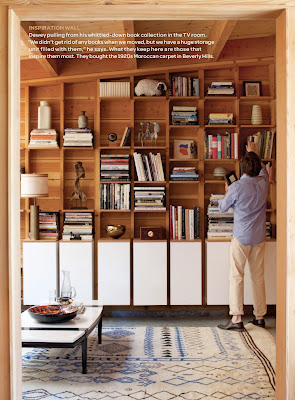 The other day I was requesting permission to use a few images for an upcoming book review. Often I select photographs after I've read the book, but in this case I asked for a picture before even studying the caption. This image spoke for itself. Turns out, I was looking at designer Paul Fortune's Laurel Canyon pool, circa 2003. At the same time, not really tuned into the connection, I was revisiting his clients' -- the Nickses' -- Carpinteria beach house (pictured here and featured a couple of months ago in Martha Stewart Living, August 2011).

California-based architect Barbara Bestor, author of Bohemian Modern, designed the modernist-influenced wood and glass bungalow. Although it's definitely a 21st-century house, I wanted to quickly spotlight it as a follow up to the California Design, 1930–1965 series of posts (and actually to this one too). I think the Nickses' "surf shack" embodies the earthy side of modern. Obviously it has the whole quintessentially West Coast bring-the-outside-in approach, but also the antique Moroccan rug combined with collected objects, a bit of leather upholstery, and some playful hits of color call to mind (just in concept) how Charles and Ray Eames created a warm, welcoming, kid-friendly haven inside a glass box. 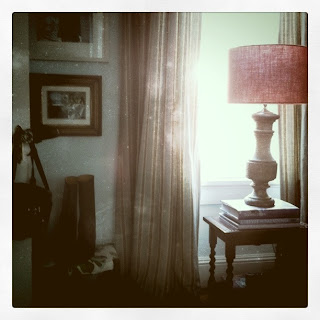 [Blurry photo my own.]
Unrelated to the exhibition, the Nickses' green lampshade is calling to me; I may have to give the red a hiatus.
Posted by Style Court at 11:03 AM

I'm swooning. These images are divine - they make me want to sip a gin swizzle!