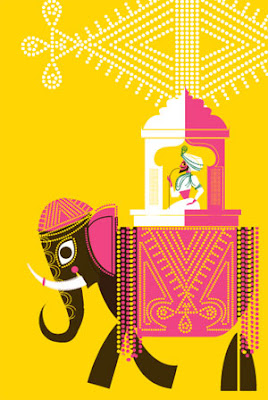 [Credit: Sanjay Patel for the San Francisco debut of Maharaja: The Splendour of India's Royal Courts.]
Ever since I first announced that the V & A's spectacular fall 2009 blockbuster, Maharaja: The Splendour of India's Royal Courts -- an exhibition of fit-for-the-king furniture, textiles, metalwork, jewelry (and other jeweled pieces), photography, and paintings spanning three centuries from the early-18th to the mid-20th -- is headed to the States, I've been looking forward to doing the follow-up posts. Well, the initial stop is just around the corner: October 21 is opening day at San Francisco's Asian Art Museum. Distinguishing the West Coast venue is original work by illustrator and Pixar animator, Sanjay Patel. 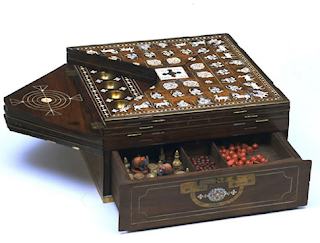 [Games box. 1825-1850. Rosewood, ivory, brass. © V&A Images/ Victoria and Albert Museum, London.]
Originally, AAM tapped Patel to draw attention to the exterior of the Museum -- really capture the public's imagination -- but the project grew. Here the Museum shares Patel's very personal (and humorous) account of the whole adventure. If you're in one of the creative professions or do any sort of consulting or free lance work, I think the story will resonate with you. 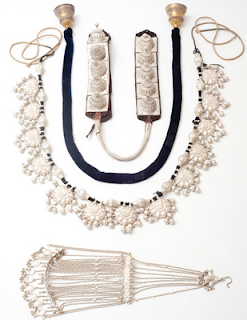 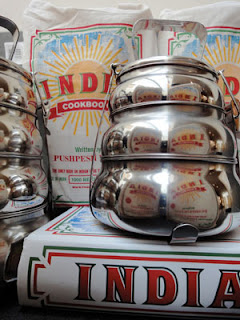 BTW: Related items like silver three-tier Indian food carriers, or tiffin, are starting to appear in the Museum's gift shop. Many public programs will be offered in conjunction with Maharaja, including a film series with a special guest appearance by producer James Ivory. The show will be on view in San Francisco through April 8, 2012, and then travel to the Virginia Museum of Fine Arts to be exhibited May 19 through August 19, 2012. 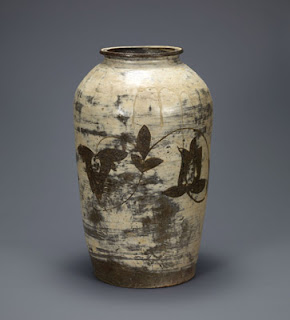 [Large jar with peony scroll decoration. Korean, Joseon dynasty (1392-1910); late 15th - early 16th century. Buncheong with iron-painted design. Leeum, Samsung Museum of Art, Seoul.]
But currently on view at the Asian Art Museum is another traveling exhibition we discussed a while back, Poetry in Clay: Korean Buncheong Ceramics from Leeum, Samsung Museum of Art. As mentioned before, the clean, white, informal buncheong stoneware looks very modern but actually dates back to the 14th century and was a groundbreaking style when first created. Here I share a bit about the accompanying free app. 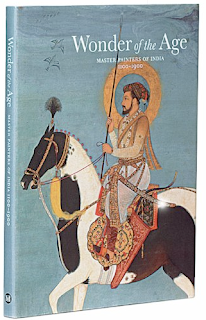 That Buncheong vase is amazing - the background is like tarnished silver and the peony scroll is so beautifully judged.