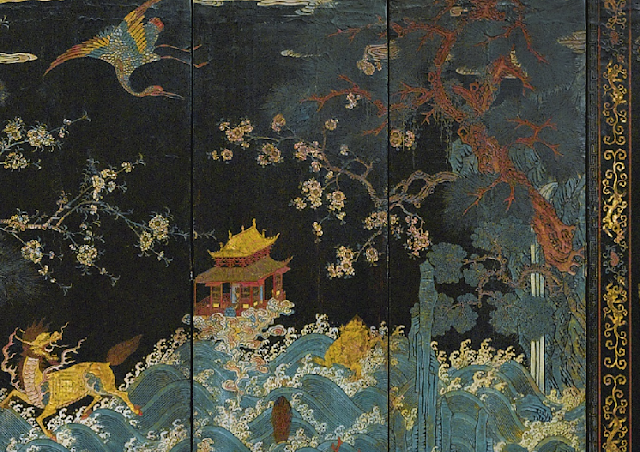 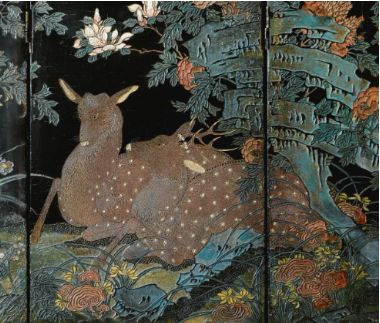 According to Sotheby's auction catalogue, screens with complex compositions of birds, flowers (here magnolia and peonies), and animals all together in a garden landscape are quite scarce. With its crisply rendered spotted deer, and depiction of both land and sea, this one happens to be exceptional. Pairs of mating birds and layers of symbolism signifying longevity and bliss add to its desirability. But the rich color palette is what first drew me in. 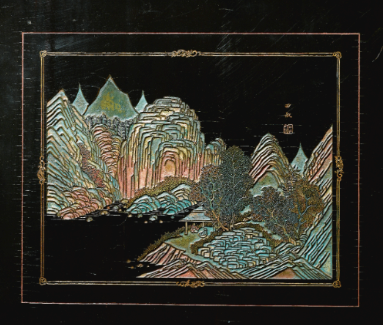 While the ground may appear black on your computer screen (or iPhone, iPad, or other tablet), it's actually a deep midnight blue. Against that are gorgeous blue-greens, yellows and warm rusty shades. Sure, it's easy to picture it in a completely classic, dressed-to-the-nines room, but I'd also love to see what Barrie Benson or Kevin Haley might mix with it. 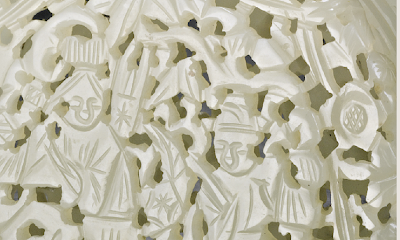 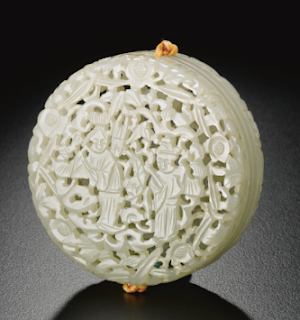 [Qing dynasty, reticulated pale celadon jade, Sotheby's Fine Chinese Ceramics and Works of Art sale, September 14.]
From the same sale, this 18th-century Chinese perfumier stopped me in my tracks, too. 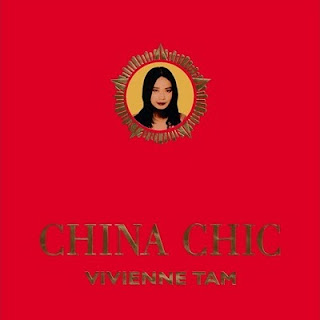 I guess I've been saying this over and over for years now, but -- along with the expected Chinese art and design tomes -- Vivienne Tam's small-yet-powerful Chinese style primer, China Chic is one of the best, most enduring sources of inspiration and education. This fall, with Chinese and Chinese-influenced design so prominently on view, the book is a must-re-read. I'm still hunting for a first edition with the glossy red cover.

For more ideas, see Peonies and Pagodas and August Rush 2011.
Posted by Style Court at 3:11 PM

This screen is positively fantastic! When I worked at Parish-Hadley, some blue panels that had once been part of a screen were split so both sides could be used as paneling for a two-part Powder Room in a Fifth Avenue apartment. A framework inset with antique mirror enabled the dimensions to work out. The next owners, who paid the premium asking price for the apartment, ripped out all the luxe finishes -- except for these spaces -- but only because the decorator covered the panels with padded upholstery!

That mountainous landscape vignette is extraordinary, so mysterious and haunting.

I love Tam's book too, full of wonderful image juxtapositions - just like Style Court, in fact :)

Emile -- I'm flattered to be mentioned in the same line as Tam!

Flattered to be thought of!!! I Had just jumped on style court for some inspiration while my little red head is nestled in watching a movie on this rainy first chilly fall day.
Hmm...
I would mix that panel right into my living room, which by the way is asking for a freshen up! Would look great with a Tony Duquette fabric from Jim Thompson. Duquetterie in sunflower and a bright slubby marigold silk called kaliedescope. A few Maison Jansen pieces would add a nice touch!
Movie is over! BB