Missoni Mania: A Report from the Field 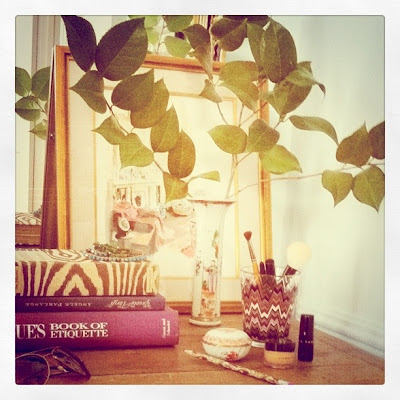 [Unless otherwise noted, all photos are my own.] 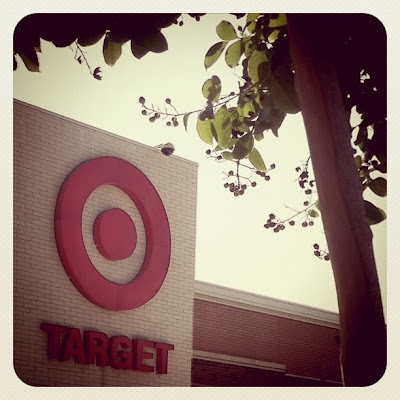 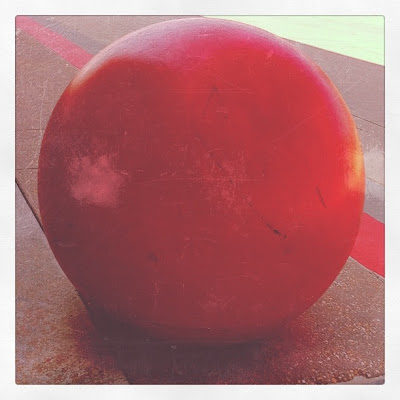 I was supposed to be there just to survey the scene. What would the displays look like? Would Missoni for Target frenzy erupt in Atlanta? 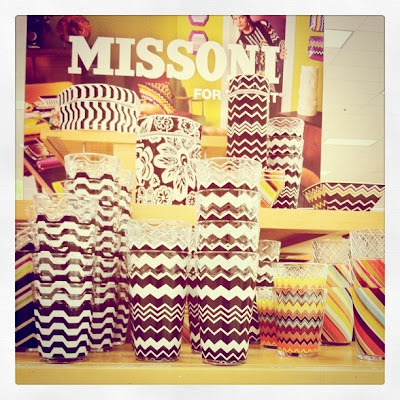 Well, when I arrived bright and early at the Edgewood location, a few serious Missoni hoarders were in evidence and wares were starting to fly off the shelves but displays were still relatively intact. Technically the vignettes I saw were standard Target shelf set-ups dispersed throughout the various departments of the store, however, the iconic Italian zig zags and stripes grouped en masse were so visually arresting that nothing extra was needed. And no shoppers needed help finding the goods -- the colors and lines served as sirens. 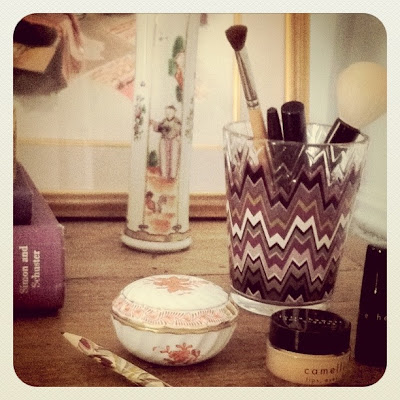 In the end, the fever got to me, too, and I bought a couple of small goodies including a melamine tumbler chosen because its graphic pattern reminds me, not just of the 1960s, but also of that bold 17th-century needlework known alternately -- according to the V & A -- as flame stitch, florentine stitch, Irish stitch, Hungarian stitch, and bargello stitch. (The Museum says the multitude of names reflects the uncertainty of its origins.) 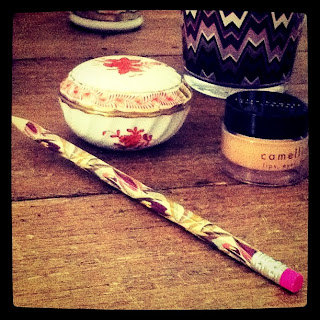 The pencils I couldn't resist because they are like cousins of the Lovely.

Be back soon with the first of the fall book reviews.  Click here to read about Target's involvement with today's Teen Design Fair. Related past post: Small Scale, Huge Impact.
Posted by Style Court at 4:10 PM

And apologies everyone -- the links in this post and the previous one are supposed to go straight to the videos with Margherita Missoni but as you probably know, due to high demand, Target's site is temporarily down!

Cute and understated finds. I didn't like the clothing I saw online. I like what you picked :)

Lynn -- thanks! It's fun to try and pull something small and interpret it your own way. Of course, you're all about that, with your great eye!

Love what you picked and your fun report. Couldn't help but want to tell you I have the same Chinese Bouquet box as well. Love the mix of the elements you have!

Laura -- love that we have the same little CB box! It's one of my favorite "forever" things. And thanks for noticing the mix. In person, one cool thing about the Missoni/Target tumbler is how it actually reflects a bit of light.

Summers Cottage -- sorry you missed seeing the full array :( Thanks for stopping by.

I enjoy looking at the ads from the 80s. If I'm not mistaken, the new highly publicized commercial begins with a man in a sweater.

Goodness!... do you think there will be anything left by the time I get there?

I love the field reports that are coming in about Missoni. Amanda Talley says that someone actually took her cart that she had spent time filling. Of course, she refilled it and went home with all of her wonderful things.

Hhmmm....lots of reports coming out, positive and negative. Me, I personally like your Herend Chinese Bouquet covered box the best.

Love that flame/Florentine/Irish/Hungarian/bargello stitch patterned tumbler - both visually and because of the provenance confusion :)

Emile -- now I'll smile whenever I look at it! Placed among traditional things, it really does have that needlework feel.

Shannon -- I can totally picture Amanda on the scene!

HCHG -- yes, the little box is a classic.