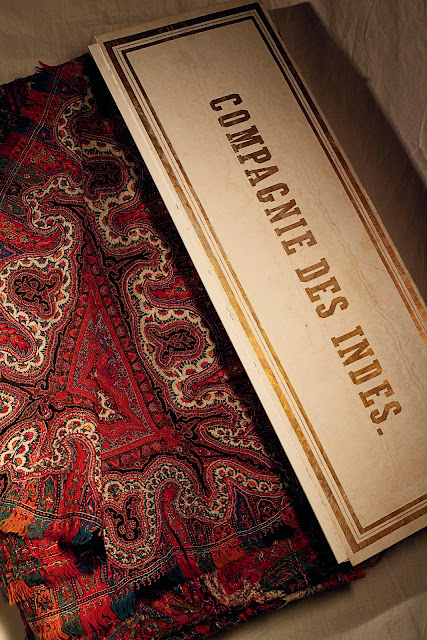 [Photography and graphic design by Marc Walter © Exotic Taste: Orientalist Interiors, The Vendome Press 2011.]
"A trembling of the Soul." For some in the 18th century, interior design and decorative arts were a serious part of the pursuit of happiness -- a way to stir the senses or maybe try something new. So much so, in fact, that, in the introduction to Exotic Taste, Emmanuelle Gaillard uses Le Camus de Mezieres's "trembling" phrase to underscore the high expectations put upon textiles, furniture, wallpaper etc. Westerners looked to distant lands for increasingly unfamiliar sensations that injected excitement into the domestic realm. If the design was powerful enough, the soul might tremble. 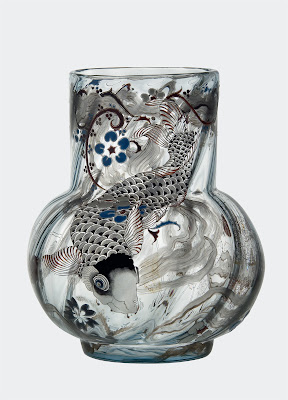 [Photography and graphic design by Marc Walter © Exotic Taste: Orientalist Interiors, The Vendome Press 2011.]
Between Marc Walter's ravishing photography and graphic design, and art historian Gaillard's text, I have to say Exotic Taste has stirred my imagination. Obviously the subject matter isn't new to us now, in the 21st century, but this presentation is exceptional. Today I offer a little hint at what's to come; a complete review is on the way. (BTW: I cut out a significant number of Starbucks runs to make room in my monthly budget for a hardcover, keep-forever copy of Beyond Bloomsbury, so the Bloomsbury/ Omega Workshops posts will also continue.) 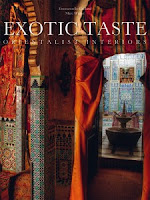