Explore the World, Discover Yourself 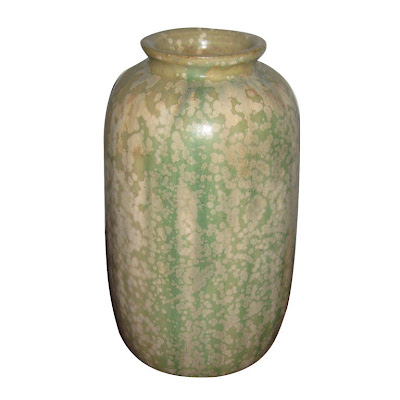 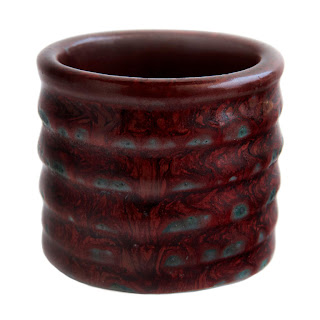 [Circa 1950 miniature vase with dripping sang de boeuf glaze by Scandinavian ceramicist Axel Salto. Sam Kaufman Gallery, Los Angeles.]
Today's post title was snaked from a Birmingham Museum of Art news update that just landed in my mailbox. I love the concept behind the tagline and find it especially appropriate for the BMA; in addition to being home to the finest collection of Wedgwood outside England and the largest, most comprehensive assemblage of Asian art in the Southeast (more than 4,000 pieces encompassing what's said to be one of the top three collections of Vietnamese ceramics in the U.S.), the Museum now holds forty-plus pieces of 20th-century Danish studio pottery. 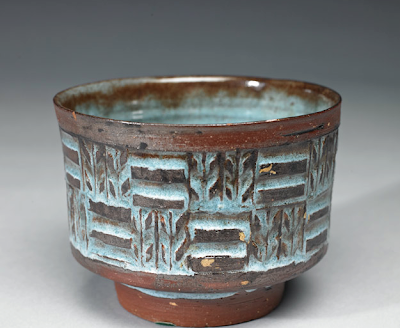 [From the Birmingham Museum of Art.]
Tradition Transformed: Danish Ceramics in the Twentieth Century opens October 23 and celebrates the latest gift. Take note fans of early-to-mid 20th-century pottery: this exhibition will explore Modernist pieces including works by artists Jais Nielsen, Arne Bang, and Axel Salto. The two Bang and Salto pieces at the top of this post are not from the show; they just caught my attention. 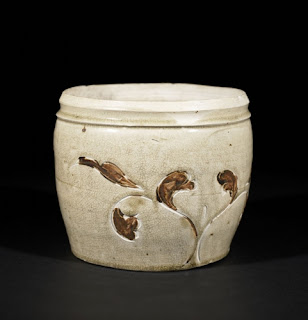 [Jar, Vietnam, glazed stoneware from the Ly - Tran dynasty (12th-14th century). Collection of the Art Fund, Inc. at the Birmingham Museum of Art; Bequest of William M. Spencer III.]
Later, beginning in January 2012, the BMA's acclaimed Vietnamese ceramics collection will take center stage with the monumental exhibition, Dragons and Lotus Blossoms. And this weekend, September 30 through October 2, the Museum wraps up Faces of India: Sculpture from the Collection of the Callahan Family with Celebrate India: A Feast for the Senses, a festival of art, film, music, and dance.
Posted by Style Court at 8:44 PM

Wedgwood in Birmingham, AL? Plus all these other ceramics? Very impressive!

I agree. One way to discover yourself is to explore the places and things around you. Nice post!