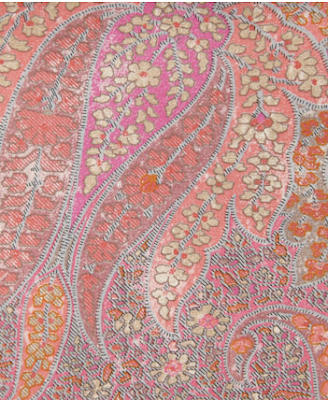 [Rock and Roll Rachel B Tana Lawn from the 2011 New Season Liberty Art Fabrics collection. Image via Liberty London.]
For me, rich color is one of paisley's major draws, so, when I first flipped through my vintage find -- a copy of V & A curator John Irwin's The Kashmir Shawl published in the early 1970s -- I was disappointed by the small number of color illustrations. 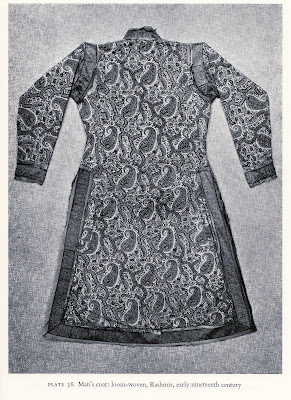 But soon I noticed that all the black and white was causing me to focus on the incredible lines. Just to recap, the leaf-like or stylized teardrop now universally referred to as paisley is actually a "boteh" or "buta" in Kashmir, India, literally meaning flower. Irwin says that the floral motif became harder and formally stylized in the mid-18th century, and westerners eventually dubbed the design "cone" or "pine".  Paisley later became part of the vocabulary when wool shawls crafted in Paisley, Scotland (close copies of Kashmir patterns) took off. 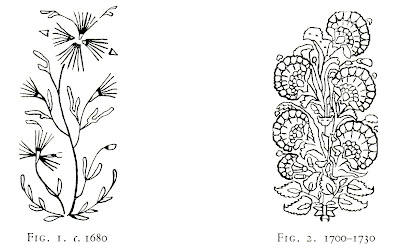 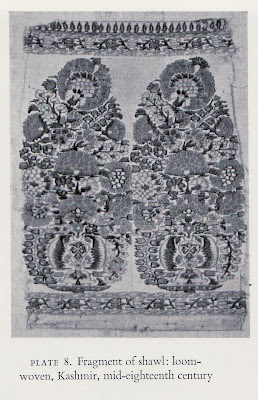 Irwin also explains that the cone (boteh) became increasingly abstract and elongated over time. By the mid-to-late-19th century it morphed into a "scroll-like unit as part of a complicated over-all pattern" with much of the textile's background color obscured. 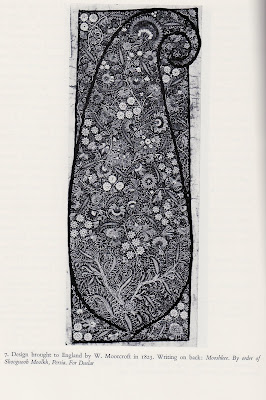 To experience the fine details of these early drawings and photos of textiles, and to read the captions, please click the images and zoom in. 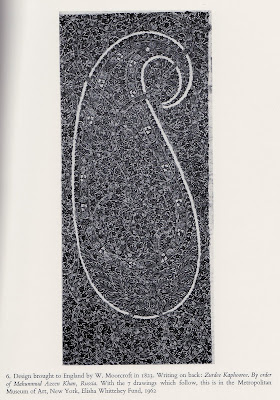 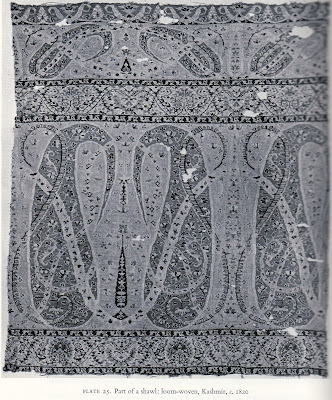 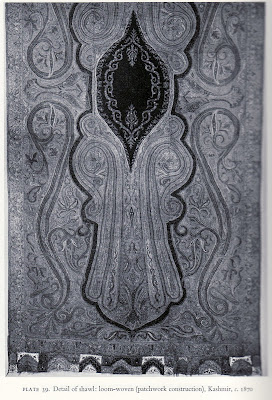 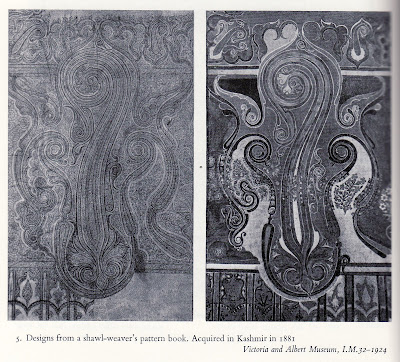 Beautiful, beautiful. I love how you focussed on the lines. You always have such a fantastic ability to capture and see the details which are the important parts of the whole.

Appreciate that, especially from you because you've got such a great handle on architecture!

Courtney: Thanks so much for taking the time to create this. I could-and probably would-have gone the rest of my life without seeing or understanding what I was seeing when I looked at paisley. Great tutorial and really expert pedagogy. Susan Demers

Susan -- so kind of you to comment. I'm thrilled that you found it helpful! Some of these are almost psychedelic, no?easy to see how paisley became popular in 1960s and 70s.

Fascinating, all these Paisley postings. I must email you some images of two Daks ties I have, bought six or seven years ago, which have rather nice bold and richly coloured Paisley motifs.

Emile, I'd love to see them.

I am a huge fan of paisley and live with tons of it in my bedroom...but you can't give the traditional away here in Florida. The paisley in bright bold colors, now that is all the rage, especially when mixed with a graphic print.

Great post. My family is from Iran (formerly Persia) once a great rug weaving center. Our (my family's)unoffical rug history claims the boteh motif as originating in ancient Persia and spread via the trade routes(to Kashmir and other places). The Kashmir textile weavers used the fashionable (at the time and still is) boteh in their excellent textiles which made their way back to England in the second half of the 1700's with the returning colonial officials and military personnel. Rare and unusual, these first textiles were the pride of many an English Lady. Demand for them was so great that England's weaving center in Paisley Scotland, was churning out thouands of them by the early 1800's. And the rest is history (real history) and today, literally all over the world, this design is recognized as "paisley". A boteh, to my knowledge, is the flower cluster of a bush the top of which bends over.

Great post. I'm seeing a lot of William Morris in 7, I've never really made that connection before. This post makes me regret a great but worn old antique paisley shawl which I gave to a friend who had the good sense to salvage the borders and make herself a fabulous scarf.

I've been on an ongoing quest for the roots of boteh/paisley, and am very grateful to have found your post! One thing that I'm curious about is that the earliest examples of the motif appear to be wings and not leaves.

Feel free to point me to any important examples I've left out!

Unfortunately; so do cats!

they made it through 4 years because we have "seasonal slipcovers"! the Paisley shawls were part of Spring!

That they can get their claws in!!!