One Duke, No Duchess: Some Quick Design Connections 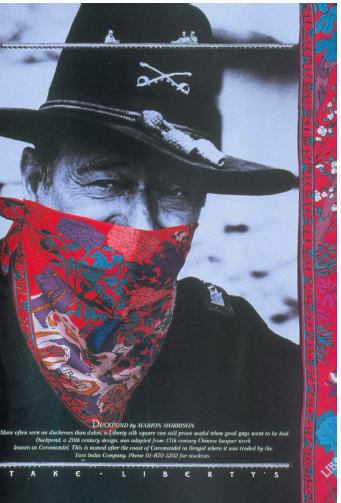 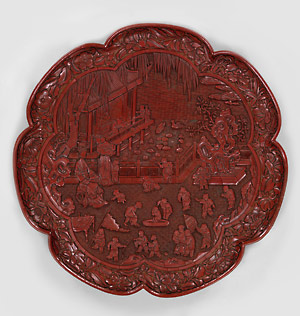 [Seven-Lobed Platter with Scenes of Children at Play, China, Yuan dynasty (1271–1368), 14th century, Carved red lacquer; Diam. 21 7/8 in. (55.5 cm). Promised Gift of Florence and Herbert Irving. The Metropolitan Museum of Art.]
Red & Black: Chinese Lacquer 13th-16th Century celebrates three recent gifts to the museum and is scheduled to open September 6, 2011. On view along with roughly 60 examples of lacquerware (gorgeous boxes, trays, plates, bowls, and a show-stopping painted screen from The Met's collection) will be the latest additions. As described by the museum, they are: the red lacquer Plate with Two Flycatchers and Hollyhocks; a black lacquer tray with mother-of-pearl inlay depicting flowering plums and birds of various species; and a carved red lacquer box, with a curvilinear geometric design often found in early Chinese lacquer. 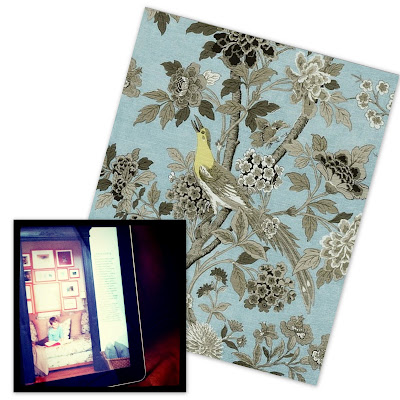 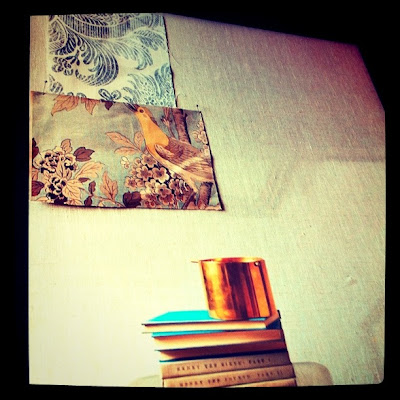 Following up on Tuesday's post -- not to mention the rash of Songbird-related posts in 2007 -- look for a lovely use of the Bennison linen in Martha Stewart Living, September 2011. It's MSL editor-in-chief Pilar Guzman's brownstone photographed by Matthew Hranek. (Also check out the animated inspiration board included with the mag's digital version.) You can get a tiny glimpse, above, on my iPad.

This weekend, my thoughts are with everyone up and down the East Coast. Stay safe!
Posted by Style Court at 12:54 PM

Thank you so much; Bennison and "Songbird" are new to me and undoubtedly in the dream-only category, but I'm clipping and saving for inspiration!

Lisa -- definitely clip-worthy :) I've had a design crush on it for years. Fun to see it in the brownstone niche!

I presume the fabric with the yellow-throated bird among the grisaille floral against a blue background is the Bennison; it is fabulous.

I have some extra Bennison fabric I have been saving, waiting for the perfect application. I need to pick up the new MSL- will check it out- thanks for the heads up!

Hi Courtney,
I always love your design connections. I've been busy and have a lot of catching up to do, here at Style Court. Irene's heaviest winds will not hit the northern Massachusetts coast until tomorrow, mid-morning. All best!

Laura, I think you'll appreciate this one. Hope your family and friends in NY area are okay.

Barbara -- stay safe! I'll be thinking about you.

Considering my entire living room is based around a long held piece of "Faded Floral" and the dining room held together by "Blue Mono Roses", I am always happy to read about Bennison. I had the pleasure of meeting Gilly Newberry in London last year - it was so much fun to go in knowing I was going to blow my budget and buy - 4 meters of "Lilac" - and we all ended up chatting for a while as they rolled out some new designs I hadn't seen. It was heaven!

One more thing Courtney...Have you looked at the Blithfield & Co. fabrics? Particularly the Peggy Angus linocuts! I believe they have been bought by Lee Jofa and I think you'd love them...

Jacqueline -- thanks for the tip! And how wonderful that you met Gilly.