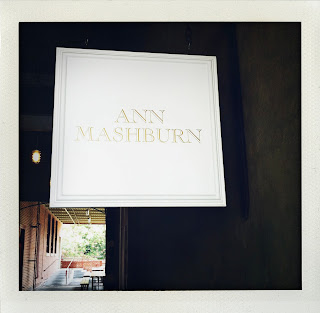 [Except for the photographs credited Jeannette Montgomery Barron, all images are my own. Click to enlarge.] 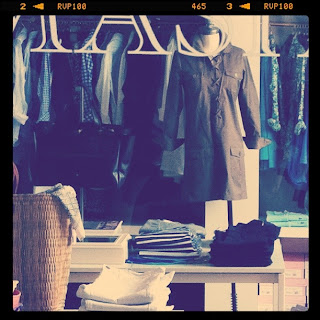 Even before I noticed Ann Mashburn's Safari dress in the window, I spotted Jeannette Montgomery Barron's work boldly displayed above the books and rows of summery things grouped by color. 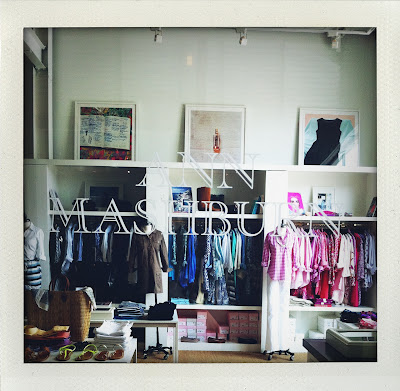 The photographer is represented in Atlanta by Jackson Fine Art but it's still a treat -- and feels so right -- to see pieces from her series, My Mother's Clothes, at Ann Mashburn. Back in April 2010, I wrote about Montgomery Barron's book, a compilation of these still lifes. 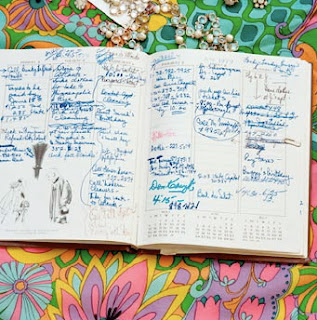 [From My Mother's Clothes, copyright © 2010 Jeannette Montgomery Barron, www.welcomebooks.com/mymothersclothes.]
Initially, the series was intended to remain private. When Alzheimer’s began to erase her mother Eleanor "Ellie" Montgomery Atuk's memories, the artist began a sort of scrapbook. 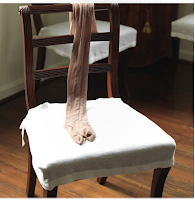 [From My Mother's Clothes, copyright © 2010 Jeannette Montgomery Barron, www.welcomebooks.com/mymothersclothes.]
As mentioned earlier, Atuk was once a prominent Atlanta philanthropist with a serious, life-long passion for fashion and something about seeing photographs of her own clothes helped. In some instances the images triggered a memory, but the pictures also gave mother and daughter a joyful new focus. Montgomery Barron had never related to her mom's interest in fashion, so the still lifes -- mainly compelling juxtapositions of clothes and other personal items against textiles with significance to the family -- enabled her to see Ellie in a new light.

The mix of textiles first drew me to the series but not every item is set against fabric; in a few works fresh green grass, summer leaves, or architecture is the backdrop. Click here for a past mention of Ann Mashburn. The pendant at the top of the earlier Mashburn post is, coincidentally, like one in Ellie's collection.

Below, inspired by Montgomery Barron and a summer vibe on Atlanta's Westside. 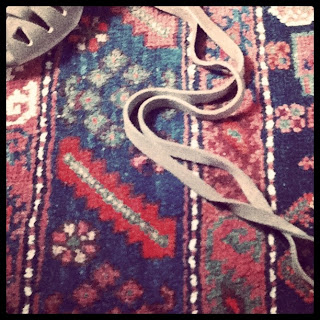 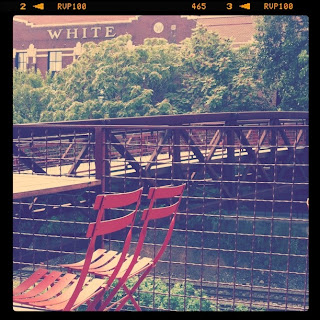