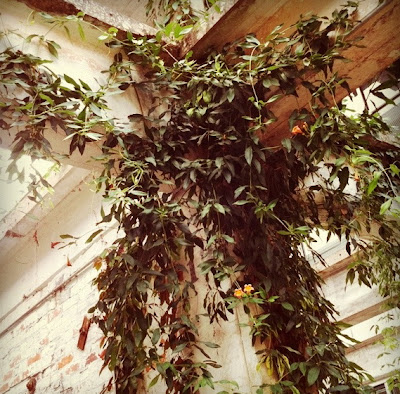 [Photos my own. Vines at Studioplex.] 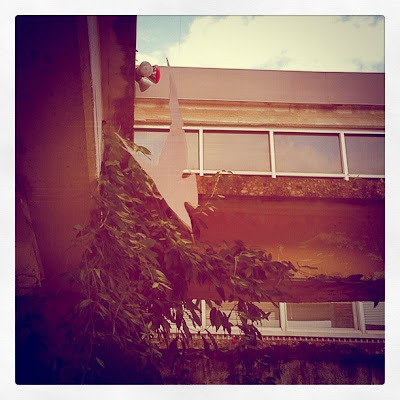 [Studioplex last Saturday; Set up for Habitat for Humanity event.]
I think on more than one occasion I've mentioned that I have a thing for vines. And after seeing Sibella Court's photos of vine-covered rooms at Le Sirenuse, the Amalfi Coast hotel is appearing regularly in my day dreams. For now, though, a local urban escape is still the industrial-meets-romantic courtyard at Studioplex in the Old Fourth Ward. 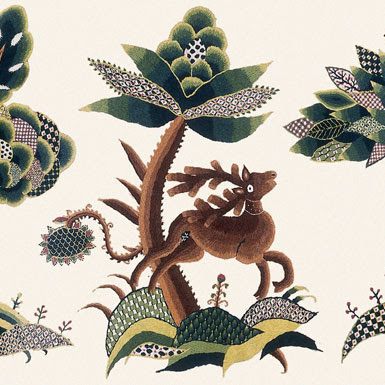 [Reindeer Embroidery card via the V & A]
Earthy scenes must have been on someone's mind at the V & A, too. I know that even a vague mention of the holidays this early will elicit a few eye rolls (I just want to savor the end of summer myself) but late August/September is a time when a lot of card designs are traditionally released.  For 2011, the museum is offering a square card, Reindeer Embroidery, which is a detail of the 17th-century Abigail Pett Bed Hanging embroidered in crewel wool on a linen and cotton ground. A nice find for textile junkies. More on crewelwork here and here. Now back to seasonal fare...
Posted by Style Court at 6:01 PM

LOVE the reindeer embroidery! I do wish someone would do a good publication on the V&A's needlework collection. . .