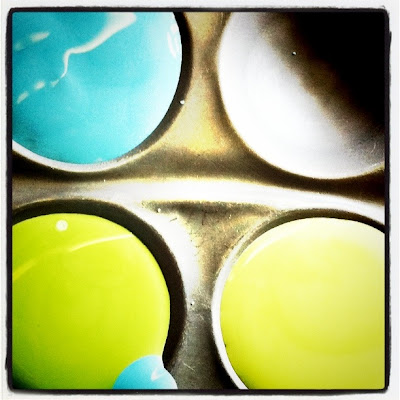 [Photo my own]
Real work deadlines and the last blast of family summer activities will make this a light week of posts but I'm very excited about a recently completed interview. It revolves around paint and is scheduled to run several days from now. Soon I'll be able to share more.

Today, I was immersed in pottery. Specifically glazes and ceramic paints. For pre-project inspiration, I wish I had remembered the Ogden Museum's Center for Southern Craft and Design. The Center's focused selection of books -- including titles like Dreaming in Clay on the Coast of Mississippi and Shearwater Pottery -- would've given me all sorts of ideas. 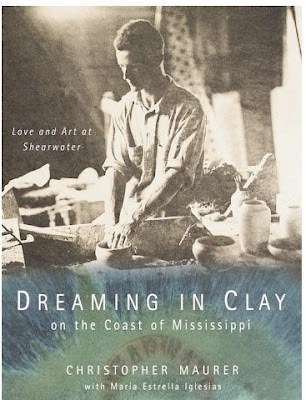 Dreaming in Clay chronicles the century-long evolution of the creative Anderson family and their business, Shearwater Pottery. It's a story with an influential Southern matriarch, Annette McConnell Anderson, who toward the very end of the 19th century studied at the New Orleans school so well known for its art program and pottery: Newcomb College.  To her sons she passed on this passion for the arts, strongly encouraging them to create. Peter, her oldest, founded Shearwater in 1928. Soon brothers "Mac" and Walter joined, both focusing on mold-making and decoration. And, of course, Walter ultimately went on to become known as a major 20th-century watercolorist and naturalist, inspiring contemporary Southern painters like Shelley Hesse.

If you're interested in learning more about Dreaming in Clay, visit the author's blog. In 2007, University Press of Mississippi also published Form and Fantasy: The Block Prints of Walter Anderson. For kids, I spotted this charming little book over at the Center for Southern Craft and Design: 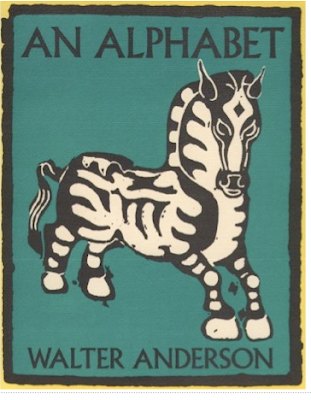 An Alphabet, block prints by Walter Anderson.
Posted by Style Court at 9:09 PM

Courtney, you would like the exhibition at Memphis Brooks Museum of Art of Nonconnah and Pisgah pottery.

Ah, as a former resident of Ocean Springs, MS and big fan of Sheerwater Pottery, I thank you for bringing back fond memories.

Shannon -- I should've contacted you before I did this mini post!