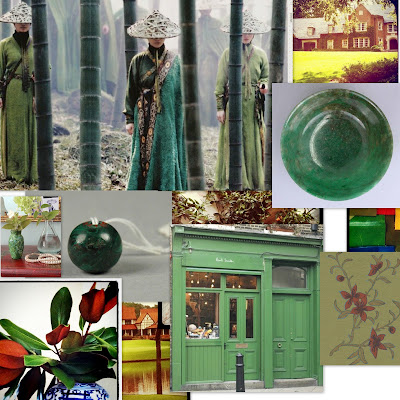 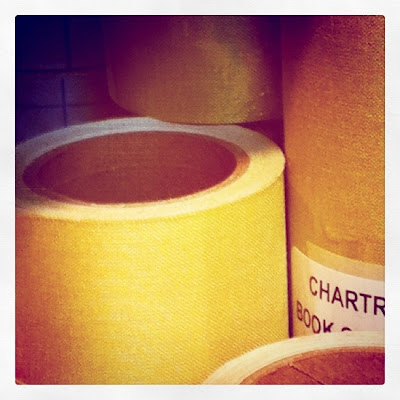 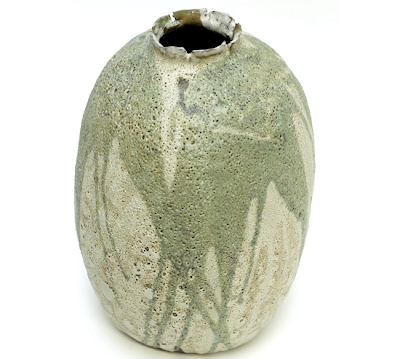 [Sea-foam green Thai ceramics from The Loaded Trunk.]
It's time for my mixed greens -- the August inspiration board of verdant hues. Although I have to say, this year, I've seen more lush shades in the September issues of Vogue (French and American) than around the neighborhood. Still, some of my own current nature pictures are combined above with old tear sheets and objects that caught my eye.

Oooooh, I need to go check out the book cloth at Papersource! Love all the greens in this post.

Great colleage. That was such a beautiful film, wasn't it, Flying Daggers?