From Simple to Intricate 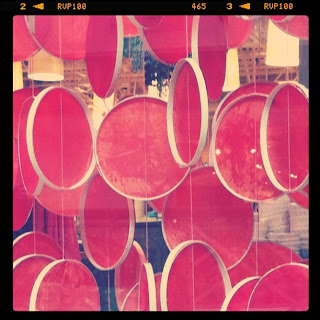 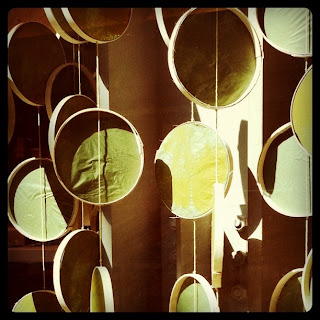 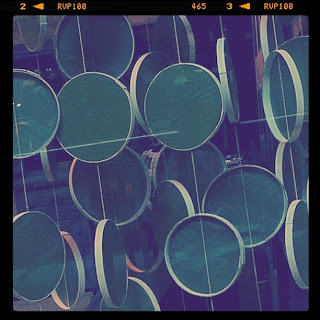 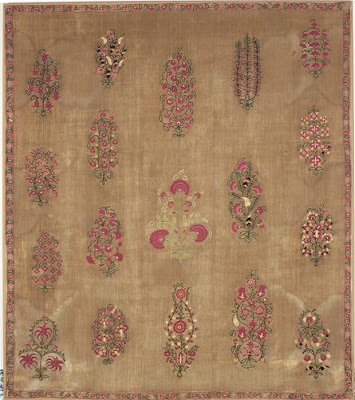 If the previous post gave you the feeling that something about surfer chic is on the way, you sensed correctly -- I think. Just rented The Endless Summer.

[Classic Velzy board via Waveriders Surfboards.]
For now, here's a graphic Anthro display composed of masses and masses of solid-color-filled embroidery hoops paired with my textile of the day: an intricately embroidered example from Doris Duke's suzani collection. Very much ahead of her time, in 1935 Duke purchased nine suzanis while traveling through India as part of her world-tour honeymoon. Although, this suzani she bought at auction in the 1940s. It is notable for its 18 different floral sprays scattered on a ground densely embroidered with metallic thread in small chain stitches -- threads which today have a dulled patina.

BTW: A noteworthy textile exhibition, The Invention of Glory: Afonso V and the Pastrana Tapestries will soon open at the National Gallery of Art, Washington, D.C. Four monumental recently-restored Gothic pieces (the Pastrana Tapestries) will be on view together for the first time in the U.S. from September 18 through January 8, 2012. Considered to be among the finest Gothic tapestries in the world, the textiles were done to commemorate the conquest of two strategically located cities in Morocco by the King of Portugal, Afonso V (1432–1481).
Posted by Style Court at 2:17 PM

Did you see the pictures of my embroidery hoops last week? I have filled them with different fabrics and hung them on my work-room wall! Great minds...