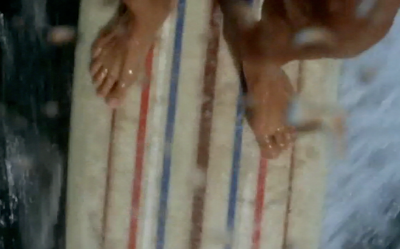 As much as I love a freshly sharpened bouquet of pencils (not to mention fall boots), all those back-to-school commercials make me feel a little low. More reminders that summer is coming to an end way too soon. 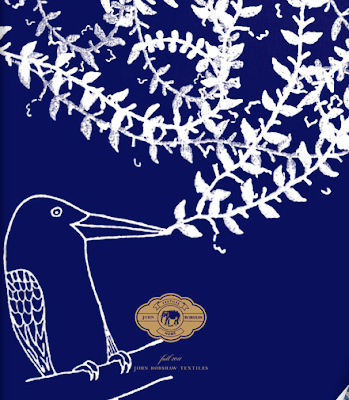 Intrigued by the title and critical praise, I decided to rent Bruce Brown's iconic documentary, The Endless Summer. Shot with a 16mm camera in 1964, the film trails California surfers Mike Hynson and Robert August as they travel across the globe -- from North America to Africa to Australia to Tahiti to Hawaii -- literally following the summer season in different hemispheres (hence the endless concept). So, it's about surfing and chasing the perfect wave but it's also about something more: the splendor of nature and the thrill of travel, to begin with.

Some of the narration caught me off guard; often it reflects a Mad Men era world view in keeping with the times in which it was made (or, as Roger Ebert writes in his thumbs-up review, "that of a wide-eyed fraternity boy"). That said, it seems to me Brown is mainly exploring universal themes related to youth and the international spirit of summer. With its breathtaking photography, I may be renting it again come winter. 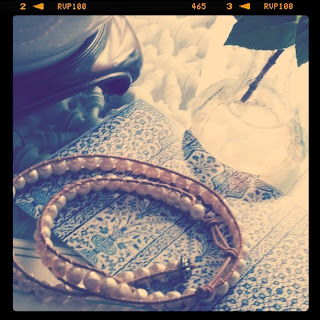 Mostly I'm thinking about subtle ways to use design to keep that summer spirit lingering. Also, the other day I noticed that every year about this time I tend to do indigo blue or deep green themed posts. This week back in 2006, I mentioned Walter B. Denny's Iznik: The Artistry of Ottoman Ceramics. And Turkish ceramics (specifically indigo with coral and white) pop up in the intro to John Robshaw's fall 2011 catalog. Here the designer describes how his adventures in Istanbul informed the new collection. 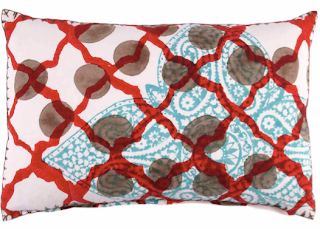 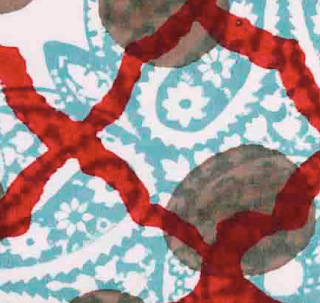 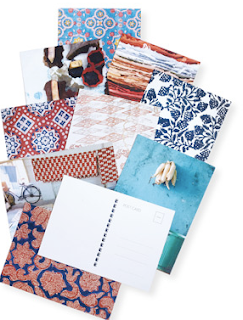 I'm drawn to the season-less quality of deep blue with coral-red. It evokes the ocean and swimming pool tiles yet feels warm and rich when the weather turns cold. Below are a few of my favorite Turkish and Moroccan ceramics from Doris Duke's collection. If you have plans to travel to Honolulu, explore Shangri La online beforehand because some of these are on view in Duke's house while others may be at the Honolulu Academy of Arts. 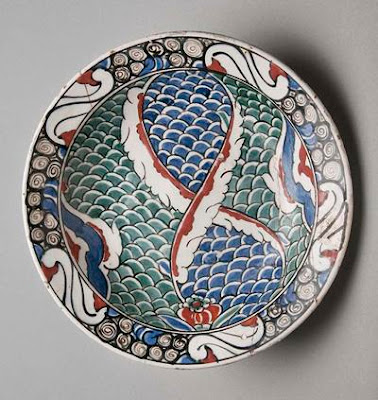 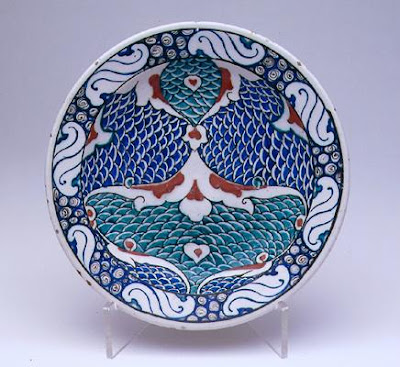 [Photo by Shuzo Uemoto. Courtesy of the Doris Duke Foundation for Islamic Art.]

Duke purchased the 14th-century Ottoman piece above at auction in 1962. Curators of her collection explain that Chinese-blue-and-white was highly prized by the Ottoman court (1281-1924). So much so that local potters in Iznik began to create similar ceramics:

"The potters experimented with design, shape, color, and materials, ultimately producing a unique ceramic tradition known as Iznikware, which itself came to be imitated in Europe and elsewhere."

Her foundation adds that Duke actually began her Ottoman Iznik pottery collection in 1937 with the purchase of over 1000 tiles from a dealer in Venice, Italy. 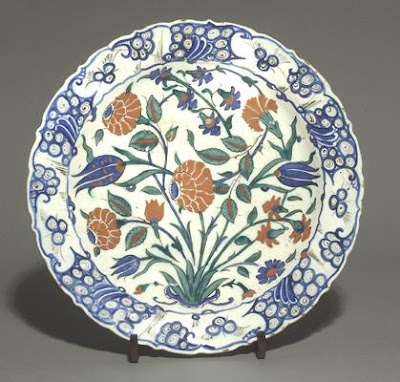 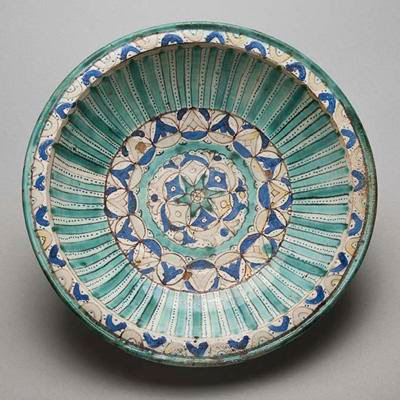 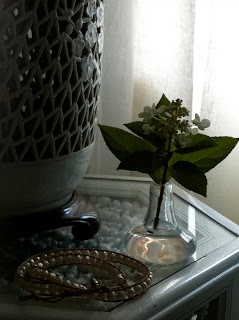 Interestingly, the British Museum and the Benaki Museum have extensive collections of Iznikware. You might also like A Summer Breeze.
Posted by Style Court at 8:17 PM

I saw the documentary and have always loved it. The sense of irresponsibility (in a good way) and the lingering for an uncomplicated life is so refreshing!

Sybarite -- I know what you mean. It's an incredible time capsule, too.

Is there a new photo app. you are using? I love the image with the pearls.

Shannon -- thanks! I'm on Instagram. It's loads of fun.

Don't be too blue! We still have all of August ahead. Beautiful ceramics. . .

Janet -- as always the voice of reason. With school starting in about two weeks, it feels almost over :)