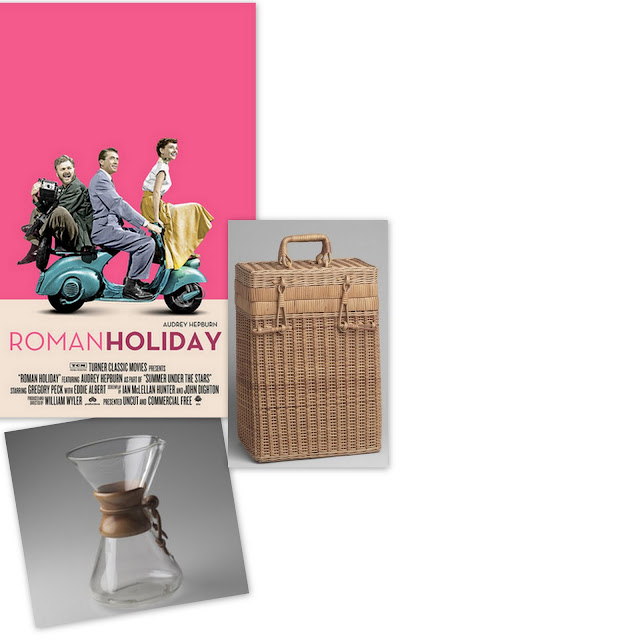 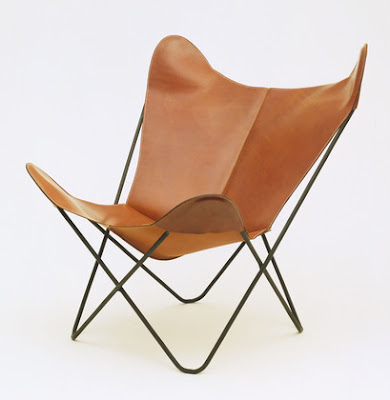 [B.K.F. Chair designed in 1938 by Antonio Bonet (Spanish, 1913-1989), Juan Kurchan (Argentine, 1913-1975) and Jorge Ferrari Hardoy (Argentine, 1914-1977). Painted wrought-iron rod and leather, Manufactured by Artek-Pascoe, Inc., New York, NY. Edgar Kaufmann, Jr. Fund, MoMA.]
While there are numerous icons in the show, like the much-loved, original 1930s "safari chair," the exhibition isn't specifically a retrospective of all 20th-century decorative arts. The big focus is on MoMA, the first art museum with a department dedicated entirely to architecture and design, and how the institution lead the way, introducing the general public to cutting-edge (often attainable, American-made) furniture and household objects throughout the last century. 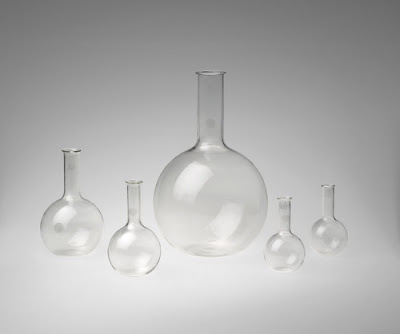 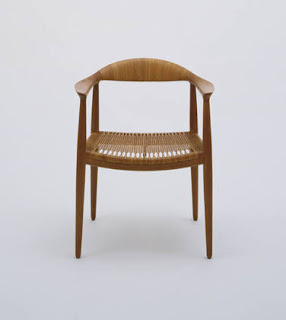 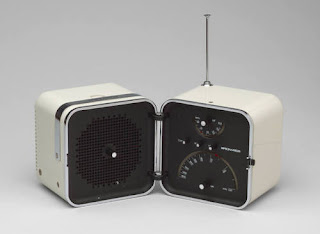 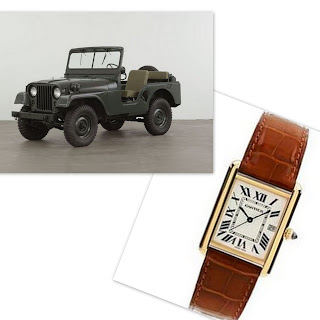 [Radio (model TS 502) designed in 1963 by Marco Zanuso (Italian, 1916-2001) and Richard Sapper (German, born 1932). ABS plastic and aluminum, Manufactured by Brionvega S.p.A., Italy. Gift of the manufacturer. © 2011 Richard Sapper and Marco Zanuso. MoMA; Truck: Utility 1/4 Ton 4 x 4 (M38A1) Jeep, 1952, Willys-Overland Motors, Inc., Toledo, Ohio (American, established 1909). Steel body. Gift of DaimlerChrysler Corporation Fund, MoMA; Cartier Tank. ]
I left pondering my own favorite 20th-century designs (hence the three non-exhibition items* thrown in the mix here) and thinking about 21st-century eclecticism. The aesthetic MoMA first presented to the public was a revolt against the earlier, heavily layered Victorian era. It was about youth. In her talk, Kinchin referenced the mid-century image of Gregory Peck and Audrey Hepburn on a Vespa in Roman Holiday.  The emphasis was on embracing a whole new package. Now we tend to put together highly personal mixes. 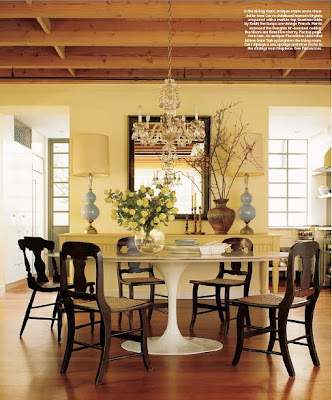 [Globe-trotting jewelry designer Temple St. Clair Carr mixed antique chairs from her family's Virginia house with a Saarinen tulip table. Photo by Eric Piasecki as seen in Elle Decor September 2006.]
Indeed, Modern by Design also explores current and future styles with a significant display of pieces from the High's permanent collection, including the Sottsass cabinet, along with the new Joris Laarman commission, Digital Matter, mentioned here the other day. 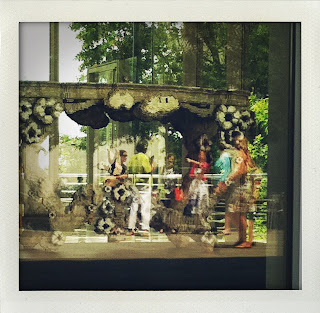 [My own image.]
In the spirit of MoMA's mid-century Good Design series, some works from the current exhibition, such as the Chemex® Coffee Maker, are available in the High's gift shop. 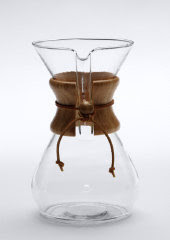 *The watch and jeep are on my personal list of last century icons. And, again, Kinchin mentioned the films and the Vespa in her lecture. Everything else is on view in the exhibition. Look for a small selection of textiles, too.
Posted by Style Court at 9:44 PM

Wow... I would love to have heard Kinchin's talk. I have been thinking a lot lately about the fundamentals of good interior design. A great post Courtney! The High has so many wonderful exhibitions. Happy summer days! ; ) Barbara

Oooh, you've used yet another of my favorite tear sheets....

I would love to have hear the talk too! Love the kickback to Roman Holiday as well. Fabulous post Courtney- I really enjoyed reading it and clicking on your links.

Would've been so much fun to have you along. She covered a lot of territory so there was something to inspire everyone. And the exhibition includes vintage video demonstrations of modern upholstery -- pretty cool.