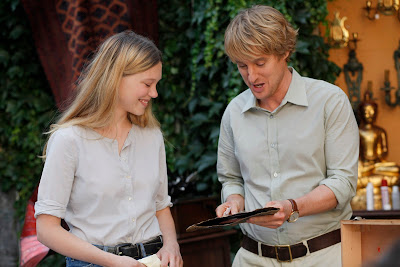 [From Midnight in Paris. Left to Right: Léa Seydoux as Gabrielle and Owen Wilson as Gil
Photo by Roger Arpajou © 2011 Mediapro, Versátil Cinema & Gravier Productions, Courtesy of Sony Pictures Classics.]
I need to learn to trust my instincts. More times than I can remember during the last five years I've started, then abruptly stopped, a post about an apartment in Tony Scott's Spy Game that is on screen for all of, I think, a minute or two. 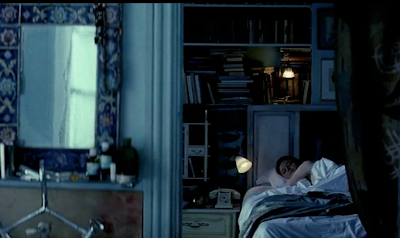 [Screengrab Spy Game]
The modest place is inhabited by a nurse, Elizabeth Hadley, with a dark past and a questionable present, and the bedroom in particular is somehow airy and serene while, at the same time, filled to the rafters with interesting objects apparently collected on her travels. In a way, the possessions offer clues to the character that the dialogue doesn't.

Screengrab Spy Game]
But regardless of what we're supposed to piece together about Hadley, I just think her digs have a certain je ne sais quoi. Apart from an amazing blue mirror hanging over a sink and a few gauzy textiles, it's not so much a place one shows to a decorator for specific objects -- "Can you track down this bed and this rug?" Instead, it's about a mood. At least for me it is. My lack of decent images and inability to articulate why exactly I'm drawn to the apartment are the main reasons I've never completed a related post.

Turns out, though, my style radar was picking up valid signals. Anne Seibel, known to many of us for her art direction of Sofia Coppola's Marie Antoinette, served as assistant set decorator to Jille Azis for the earlier Spy Game. I'm mentioning this now to give you yet another reason to make time to see Woody Allen's Midnight in Paris, opening in Atlanta on Friday, June 10. In addition to watching Owen Wilson mingling with Scott and Zelda, Dali, and Getrude Stein, look for Seibel's work as production designer. 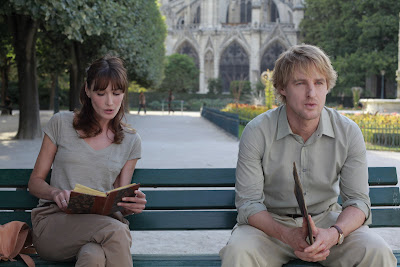 A graduate of the École Spéciale d' Architecture in Paris, Seibel is also an accomplished photographer. 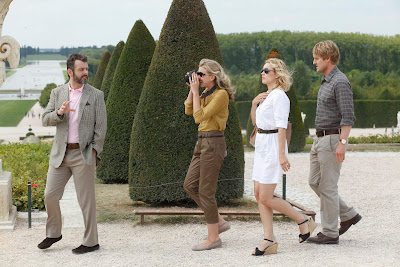 Click here for Roger Ebert's review, here for scholar Craig Hanson's take on 2006's Marie Antoinette, here for Emile de Bruijn's take on Orlando and here for A World of Our Own Invention.
Posted by Style Court at 10:23 PM

I cannot WAIT to see Allen's new movie!! Hopefully soon....
I think the best interiors are because they evoke a mood. No amount of money thrown at a place can evoke that, just talent and a good eye. Of course, it's debatable if that is something you are born with or can be developed but I think an appreciation of such 'moods' can be developed if not the actual talent itself.

Wow, so true on both counts!

It really does come down to atmosphere and mood -- or the emotional response.

And I do think we can grow, learn from mistakes, and become infinitely more sophisticated but maybe the grain -- a little bit of flair -- is there all along.

As always, Courtney, you're so good at making connections and illuminating the visual successes that so easily pass us by.

Thanks for the mention, too, in connection with Coppola's film. I recently came across an interesting article that tries to account for our current engagement with Marie Antoinette -- Suzanne Ferris and Mallory Young, "Marie Antoinette, Fashion, Third-Wave Feminism, and Chick Culture," Literature Film Quarterly (April 2010). It's available online here:
http://www.thefreelibrary.com/Marie+Antoinette%3A+fashion,+third-wave+feminism,+and+chick+culture.-a0227974266
-C.H.