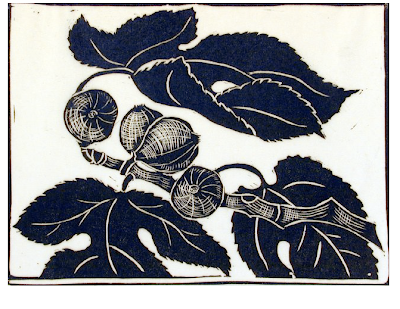 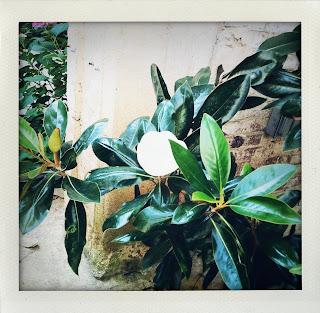 Our magnolia shots from the other day reminded me of Anna Heyward Taylor's nature studies and her Japanese-influenced block prints. There are just a few weeks left to see the exhibition that emphasizes her adventurous spirit: Anna Heyward Taylor: World Traveler on view at the Gibbes through July 17. 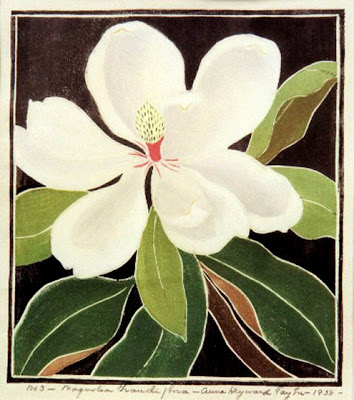 [Magnolia Grandiflora, Anna Heyward Taylor circa 1935, color woodblock print, 11 1/8 x 9 7/8 inches (image). Gift of the Artist, Gibbes Museum of Art.]
The thing about Anna is that she is so closely associated with her region, South Carolina, yet she literally criss-crossed the globe, studying and interacting with other artists in Japan, Mexico, Europe, New York and Provincetown's famed art colony. (Kind of remarkable for a native of Columbia, South Carolina born in 1879.) She had an anthropologist-like mindset with a keen interest in science and botany, and ultimately interpreted the flora of the southeastern United States in a style influenced by her travels through Asia. The Gibbes show hones in on Anna's stints in Mexico and British Guiana (on the northern coast of South America), highlighting watercolors and woodblock prints inspired by those visits. 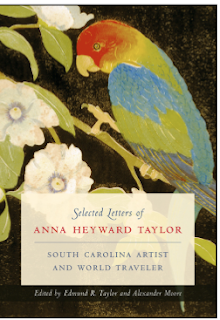 But there is also a 2010 release, Selected Letters of Anna Heyward Taylor: South Carolina Artist and World Traveler, offering details about what she was thinking, feeling and doing. For example, I knew she studied with William Merritt Chase and traveled to Asia before World War I, but I didn't realize she served in the American Red Cross in wartime France. And I'm only beginning to learn about her interest in textiles, specifically batiks.

Turning to a contemporary Charleston-based artist, Sally King Benedict, you can see her abstract work tomorrow night, Friday, June 3 from 5 to 8 p.m. during a special event at Elizabeth Stuart Design. 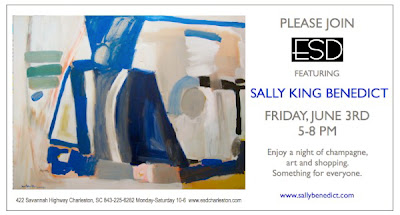 Your long-ago post about her work up in the Gibbes made me visit that museum when I visited Charleston this spring - absolutely lovely exhibit. I'm glad you wrote about it!

So happy to hear you saw the show!

Isn't it wonderful how some artists are just able to express the truth of a particular region?!?! These are beautiful!