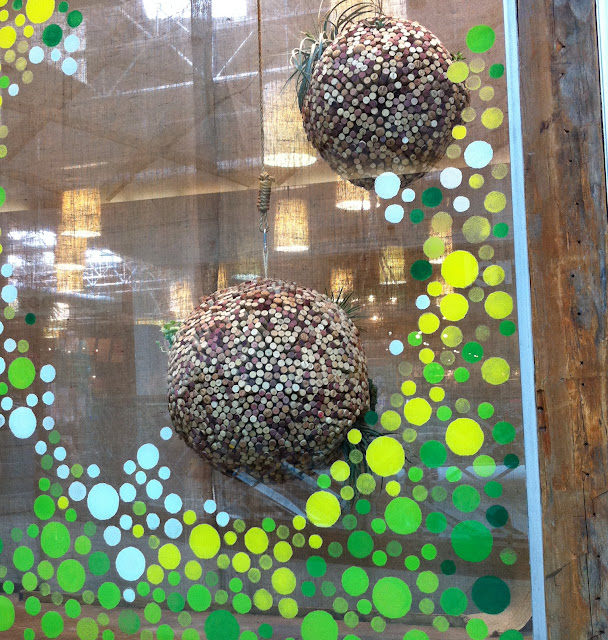 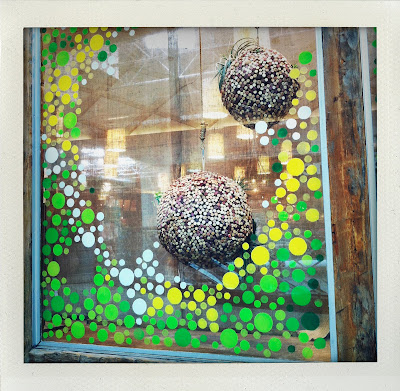 [My own pictures: Lenox Square, Atlanta.]
From the cork balls in Anthro's Earth Day windows to Kelly Wearstler's Honeycomb trim for Groundworks and artist Terry Winter's encapsulated worlds, it seemed like clusters, dots, and organic spheres kept crossing my path throughout the weekend. 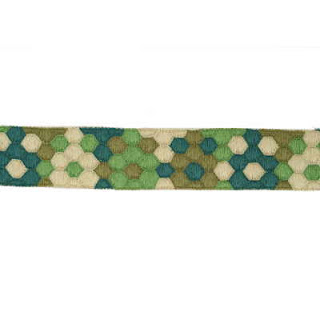 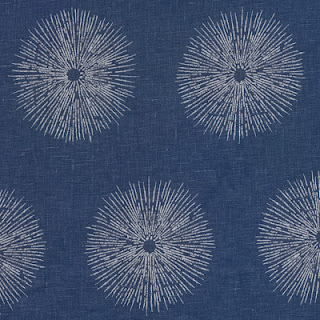 And from Wearstler's blue linen to antique indigo-dyed cotton katazome cloth with patches at Sri Threads. 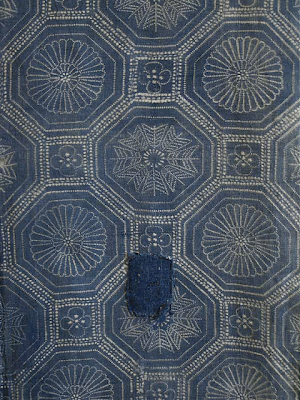 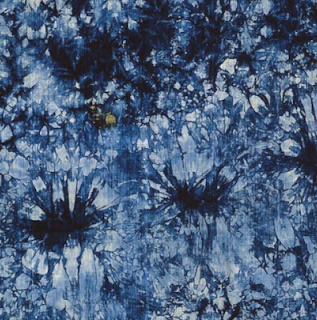 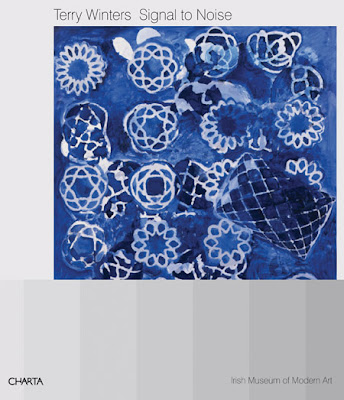 ...with a turn to Terry Winter's work. (Learn more at the Irish Museum of Modern Art and the Met.) 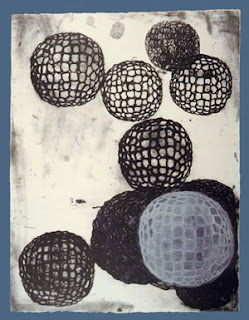 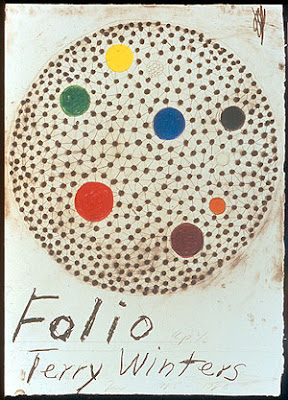 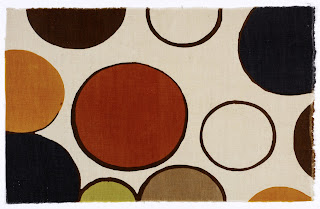 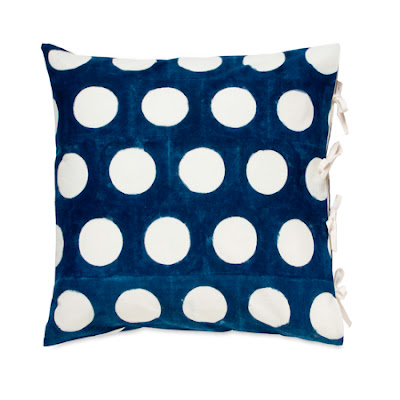 And back to the printed fabrics of Les Indiennes. 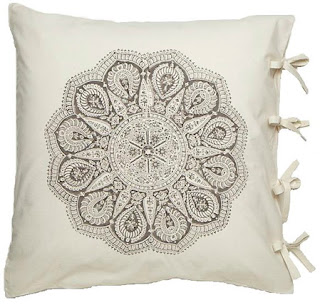 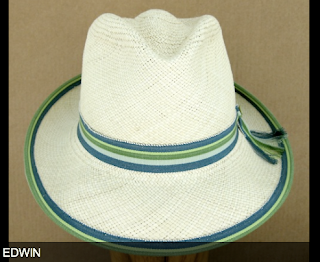 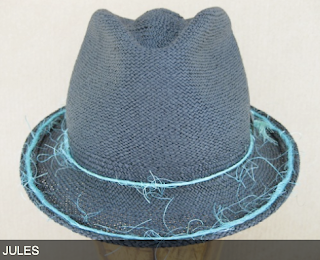 Images via Magar Hatworks. Take a tour of the studio here. 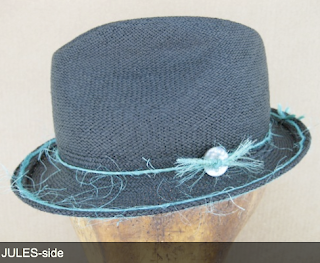 In my own house, beads juxtaposed with Lisa Fine's print Malula linen. 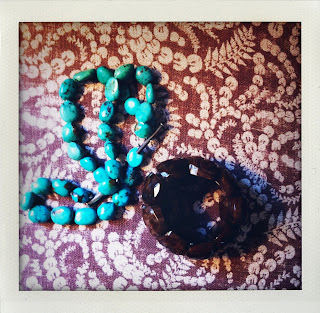 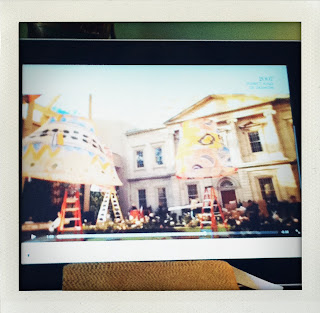 My last "picture of a picture" might be hard to make out. In the shot is video, specifically behind-the-scenes Met Gala footage, playing on an iPad -- one of the fun features of Vogue's latest Met Gala app. Here I've paused on workers in the Engelhard Court setting up enormous lampshades for the 2007 celebration of Poiret: King of Fashion. In form, the fixtures were a nod to Poiret's lampshade skirts but the lively patterned fabrics used also suggest the early-20th-century designs that came out of École Martine.

As noted by the Met, École Martine offered art instruction for young, untrained working-class girls. The students were directed to sketch plants and animals in local parks and zoos, with the most striking drawings being purchased and adapted by Poiret for his interior design business, Atelier Martine. For the 2007 Gala, nearly the entire Court was swathed in similar fabric.

Hamish Bowles narrates a collection of videos included with the Met Gala app, which covers Costume Institute exhibitions from 2006 through 2011 encompassing slideshows and articles along with the footage. Although the parties are obviously the focal point, there is a bit about exhibition design. The app will automatically update May 2 with the Gala preview of Alexander McQueen: Savage Beauty.

If you plan to be in Atlanta this week, don't forget SCAD Style. You might also like Raoul Dufy's textiles.
Posted by Style Court at 5:20 PM

Courtney- The the printed fabrics of Les Indiennes are striking!

Your free association of circles and colors are so interesting and I love your beads on that fabulous printed linen!

Terry Winters just spoke at the NGA on April 14. He is such an interesting, intellectual artist. I think he'd like the connections you've made here.