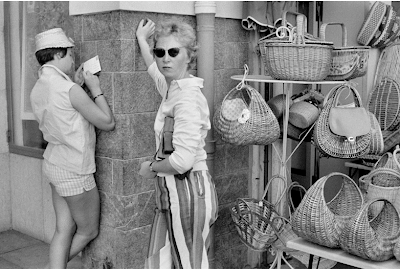 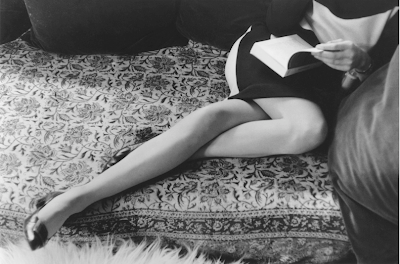 [Martine's Legs, 1967, Henri Cartier-Bresson,
also from Henri Cartier-Bresson: The Modern Century.]
I still haven't tried the official interactive scavenger hunt, Cartier-Bresson: The Modern Century Trek -- a game designed to accompany the major photography exhibition on view now at the High -- because I've been too wrapped up in making my own notes. Whether he was photographing world leaders or anonymous figures, Cartier-Bresson (1908–2004) often captured small moments that told a 20th century story. And his images are filled with interesting layers, like textiles and architectural details, that capture my interest. (Can't help noticing that one of the basket bags shown at top is nearly a doppleganger for this bag from TB's spring 2011 collection, but it's the Indian print in the second image that I'm most curious about.) 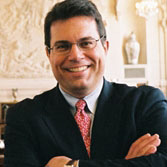 [David Brenneman via the High.]
Of course, Henri de Toulouse-Lautrec observed the world around him, too. As mentioned last month, the High is home to Howard and Irene Stein's world-renowned collection of works by Toulouse-Lautrec and other artists of his era including Gauguin, Degas, and Bonnard. The Museum's Director of Collections and Exhibitions, David Brenneman, will talk about the stellar collection tomorrow night, February 24, at 7 p.m. in the High's Hill Auditorium. The event is free but tickets are required. Click here for details.
Posted by Style Court at 10:36 AM

I am fascinated by Lautrec. I have a 1955 (Paris) Toulouse - Lautrec At The Circus ABC book by Tudor Publishing. There are some incredible 15 some plates from Colour crayon mixed media - lead pencil drawings.
I am looking for the right frames so I can display them and put them together as a grouping.
L.

I wish I could take such good unposed photos of people! That is one reason I stick to architecture.

Cartier-Bresson was just the best! I love the two photographs you chose to blog about... I've never seen them before. Yes, small moments. Thanks again, Courtney!

Yes, he did have an amazing eye!

I can see you gravitating to his work :) The second image is grouped thematically -- "beauty" -- hanging in a wonderful little space off the larger gallery.

I certainly plan to schedule some time to see the Cartier-Bresson show in April.