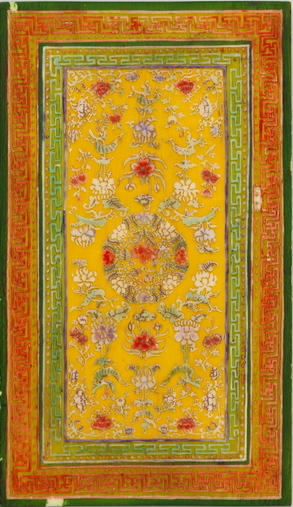 [Tablet with Design for a Carpet, China, Qing dynasty, Qianlong period (1736–95)
Gift of James F. Ballard, 1923, The Metropolitan Museum of Art, New York.]
Less than seven inches high, this petite ivory model of a carpet is one of my favorite pieces on view in The Met's exhibition, Extravagant Display: Chinese Art in the Eighteenth and Nineteenth Centuries.  With its delicately rendered details, the tablet seems to epitomize the idea of little luxuries. Visual arts of the Qing dynasty were so dynamic, so lush, and have had such staying power, that the colors, textures and motifs associated with the period continue to permeate Western design today. According to the museum, the use of a precious material to make a carpet model speaks to the Qianlong Emperor's lavish style. 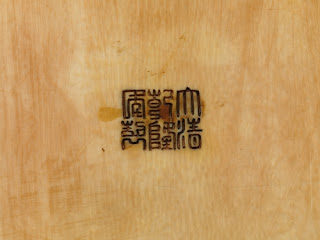 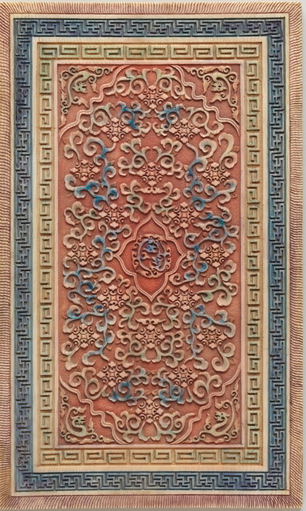 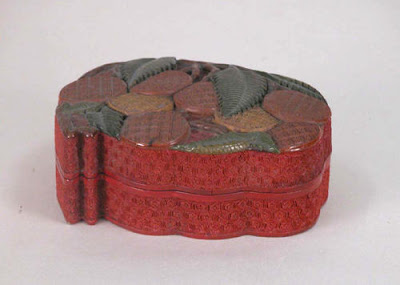 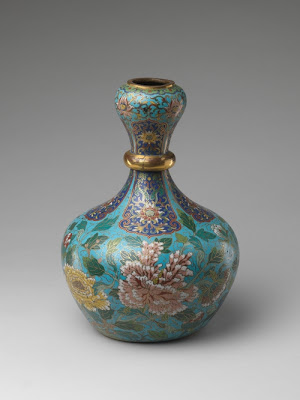 [Vase, China,Qing dynasty (1644–1911) 18th century, Cloisonné enamel, H. 12 1/2 in. (31.8 cm) Gift of Edward G. Kennedy, 1929, The Metropolitan Museum of Art, New York.]
Extravagant Display features multilayered lacquers, cloisonné objects, ivories, jades, porcelains, and textiles and will remain on view through May 1, 2011. The show will dovetail with The Emperor's Private Paradise, opening later at The Met the first of February. Click here for details.

Related past post: Jingtai Blue Christmas.
Posted by Style Court at 10:00 AM

How I wished I could see this marvellous exhibition in reality...

Really remarkable - thanks for the preview.

Wonderful vase. I am reading an excellent book just now, called 'Sensuous Surfaces', by Jonathan Hay (Reaktion, 2010), which explores how Qing decorative arts related to the domestic space as a whole.

Still regretting that my BIL was the one who got the peacock cloisonne lamp. Sigh....

Happy new year and hope you have great projects lined out for that wonderful dad of yours.

HBD, yes, my wheels are already turning :) And Emile, I must check that book out. Thanks!

I would like to take the vase home, I have a table it would be perfect on!

Hoping to get to the Met tomorrow - I think it is closed today - as it is my only chance to see this. Happy New Year!!

Hope it works out for you! Happy New Year!