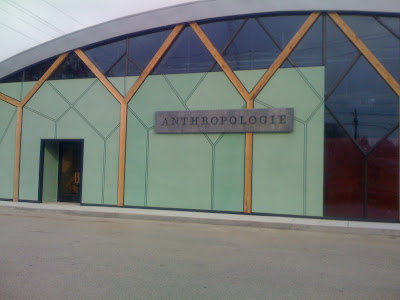 [Photo: Courtney Barnes]
In Atlanta, those annual post-holiday doldrums may be decreased a bit by the opening of Anthro's new store on Howell Mill Road. 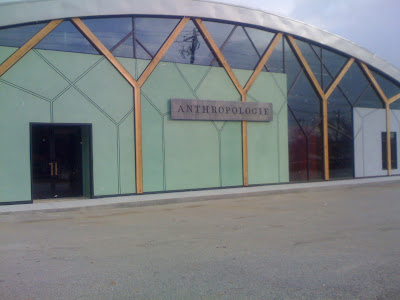 Expected to open in just a few weeks, the Westside location is characterized by an expansive glass facade (one of Anthropologie's modifications). I spent many hours in this lofty space back in the days when it was occupied by The Silk Trading Co., so I'm anxious to see how Anthro's creative team capitalizes on the building's features. Actually, my mind is wandering to spring and summer, and on to holiday 2011, as I imagine future window displays. Here's a peek at the team's past work. 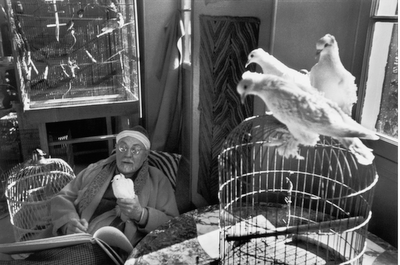 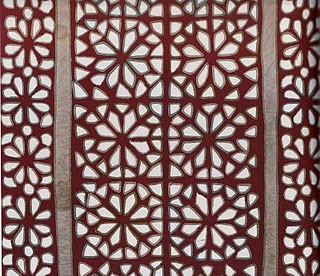 [Red, late-19th-or-early-20th-century North African pierced and appliqued hanging.
Colored cotton appliqued to sackcloth. Matisse, His Art and His Textiles.]
Related past post: The Party.
Posted by Style Court at 6:17 PM

Wow! It sounds like it's going to be a wonderful store! Wish I could be there for the grand unveiling!

How exciting that is opening, will put it on my Atlanta list! Happy New Year Courtney.

I do love that building overlooking the waterworks and the city. I particularly like Anthro's space.

Terry -- I really like the views too. Somehow it all works.

Hope you'll have time to see the Westside!

I drove by last week and was so excited to see Anthropology going in. It's such a great space. I loved it when Forsyth Furniture was there, too. A great new neighbor for Bungalow. Yea!