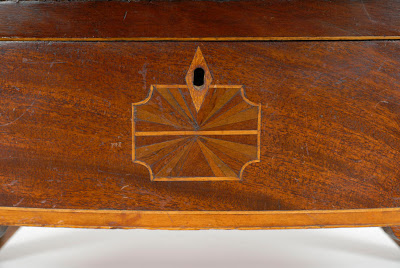 [Detail view, an example of a Hepplewhite inlaid keyhole on a document box via Gary R. Sullivan Antiques Inc.] 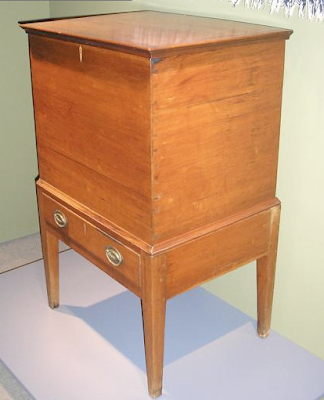 [American (Tennessee or Kentucky) Sugar Chest, circa 1800-1825. Cherry; tulip poplar secondary. Gift of the Decorative Arts Trust, a support group of the Memphis Brooks Museum of Art.]
There was a time when sugar was kept under lock and key. Not because of calorie counting, but because sugar was so expensive. During the 19th century -- particularly in regions located far from seaports, such as Kentucky and parts of Tennessee -- handsome chests were made specifically to store the tasty yet very costly product. 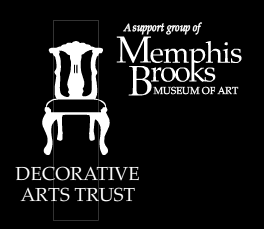 Shown second from the top is a beautiful early-19th-century, American-made, Hepplewhite-influenced sugar chest with a refined inlaid keyhole, ample compartment for storage, plus additional drawer beneath. The piece belongs to the Memphis Brooks Museum of Art and was a gift from the Decorative Arts Trust. Now in its 30th year, the DAT is comprised of 350 members with a passion for textiles, ceramics, silver, glass, furniture and other decorative works. Currently led by President John J. Tackett, an architect who previously worked at Parish-Hadley in NYC before establishing his own firm, the group also sponsors educational tours and programs, many of which are free to the public with basic museum admission. 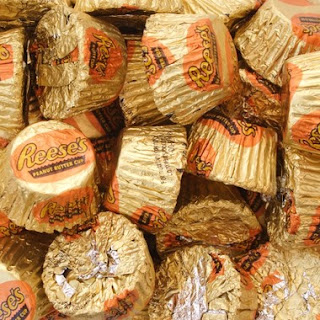 [Image via Dylan's Candy Bar.]
I would love to have a chest with graceful tapered legs modeled on the Southern piece in the Brooks collection. If I could have a secret temperature controlled compartment for a stash of Reese's, even better.  (I think Julia Reed, a true connoisseur of the world's finest chef-prepared and home-cooked fare, once said that every now and then biting into a Reese's is like entering Nirvana.) 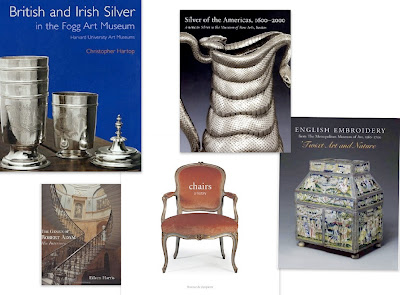 [All cover images via Amazon.] 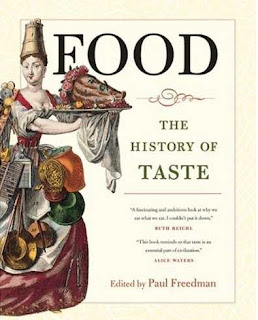 Books, of course, are always a healthy indulgence. The DAT has a project called Books for Brooks, offering a really nice way to honor an arts-enthusiast aunt, grandparent or friend. In order to maintain and expand the Museum's research library, DAT collects select book donations. A list of desired titles is provided here, and while the volumes certainly don't have to be given in memory or in honor of a specific individual, I think that option is great. Many of the titles on the wishlist are priced in the $50 range -- some are even $30.  Bookplates recognizing the honored person are placed in each donated edition.

To learn more about the Brooks's permanent collection, click here.
Posted by Style Court at 7:17 PM

I love Southern made furniture!

What a wonderful post! Coincidently, Julia Reed is one of the all time favorite speakers of the DAT.

Reeses -my favorite candy! I'm glad it's approved of by a true foodie!

Stefan -- I'm with you and Julia! Total Nirvana.

I do too :) And the Brooks has some beauties.

You have a wonderful group. What an asset for Memphis. And few can tell a story like Julia!

"The Art and Mystery of Tennessee Furniture", is where I first learned about sugar chests. This one is beautiful and early. And it would indeed be even more beautiful packed with Reese's. I've always wanted to build one of these, but I guess I just don't live far enough south to find a clientele that appreciates them as I do.