Another Touch of Pink 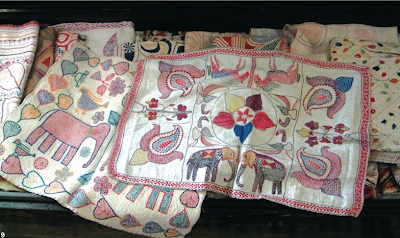 [Small embroidered kantha from the collection of Lord McAlpine. Image via Hali, autumn 2010.]
Kanthas -- I never tire of looking at them. Some Textiles have a sameness, but each kantha has an individual quality. They are folk art.

If you've ever been curious about Lord Alistair McAlpine's vast textile collection, or the 15th century dwelling he shares with his wife, Athena, in Pugila, Italy (ll Convento di Santa Maria di Constantinopoli), the fall issue of Hali offers an extended tour. 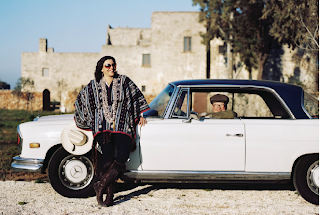 [Lord and Lady McAlpine photographed by Simon Watson, Hali, autumn 2010.]
Noted dealers Joss and Jayne Graham visited the McAlpines during the summer and report on their stay in a nicely illustrated, seven-page story. 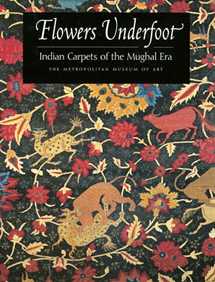 When asked about the most outstanding textile he ever purchased, McAlpine describes a 16th-century Mughal carpet which eventually became the centerpiece of The Met's exhibiton, Flowers Underfoot: Indian Carpets of the Mughal Era. The carpet on the exhibition catalogue cover, shown above, is not the textile he's referencing, but a beautiful shot of McAlpine's prized find is in the magazine. (And it happens to be pinkish.)

For those just dropping in, Mrs. Blandings spearheads the blogosphhere's annual "Post Pink" day on the first of October. Click here to learn more and also check out Lulu DK's project over at Trail of Inspiration. 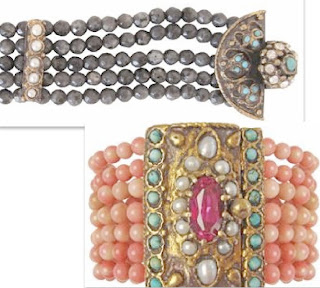 [Detail images via Tracy Porter.]
Originally, as an ode to Mrs. Blandings and her obsession with bracelets, I had planned to post a pink bangle or cuff of some sort. This pale coral and freshwater pearl beauty came back to me a day late, although I have to say, it's the dark jasper version that may end up on my own inspiration board. 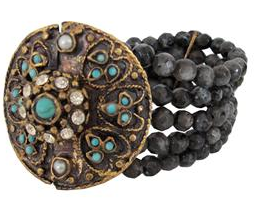 And a little heads up: with Colors of the Oasis: Central Asian Ikats opening in about two weeks, related wares including bracelets should start to appear in The Textile Museum's gift shop.
Posted by Style Court at 1:01 PM

Fabulous Courtney. I love the Kantha's.

I too am posting pink today!

I read your blog every day but never commented. You are posting
pink in such a beautiful way.
Love reading about textiles.
BarbaraG

Barbara -- I so appreciate that! Thank you. Another interesting thing I should've pointed out is that kanthas are traditionally made by women.

Have a great weekend!
Courtney