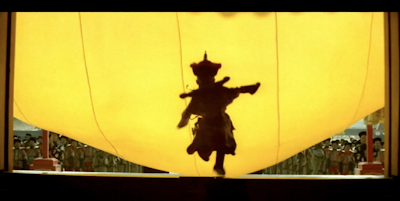 [Screengrab from Bernardo Bertolucci's film, The Last Emperor.]
In a couple of days The Emperor's Private Paradise: Treasures from the Forbidden City will debut at Peabody Essex Museum in Salem, Massachusetts. For those just tuning in, the exhibition highlights ninety pieces from the garden compound of the Qianlong Emperor -- objects that had been basically collecting dust since the last emperor of China, Pu Yi, left the forbidden city in 1924. Until now, the public has never been invited to view the contents of an Emperor’s private retreat. 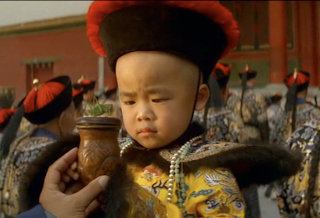 In the 1980s, director Bernardo Bertolucci was given unprecedented access to film The Last Emperor inside the Forbidden City. It's an Oscar-winning movie that's popped up on this blog before; many designers say the breathtakingly beautiful visual elements make it a must-see for inspiration. 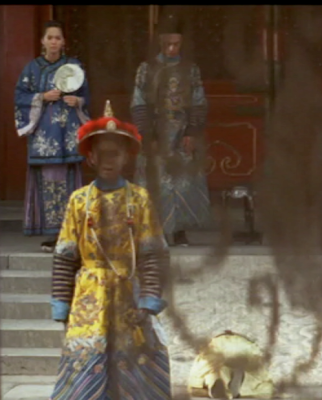 Over the weekend, in anticipation of the PEM exhibition, I revisited Bertolucci's picture and looked up some old reviews. Here's what Roger Ebert had to say in December 1987:

It probably is unforgivably bourgeois to admire a film because of its locations, but in the case of "The Last Emperor" the narrative cannot be separated from the awesome presence of the Forbidden City, and from Bertolucci's astonishing use of locations, authentic costumes and thousands of extras to create the everyday reality of this strange little boy. 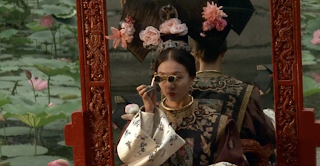 And Godfrey Cheshire writing about the Director's Cut edition for Variety in November 1998:

As before, the film is most captivating in its first hour, when the experiences of childhood and the beauty of life in the Forbidden City make for an intoxicating, dreamlike display. 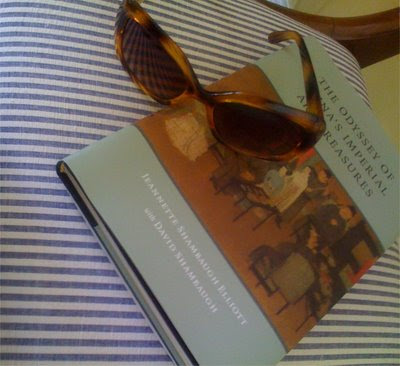 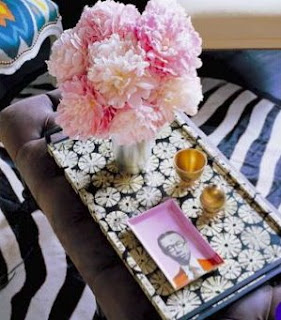 Sounds like a spectacular exhibit. Count me as one of the many who love Bertolucci's Last Emperor - it is really an unforgettable visual experience - as Godfrey Cheshire wrote in the quote you added - it is truly "intoxicating".

I'm on my third copy of "The Last Emperor"; just stunning.

Congratulations on the "Real Simple" mention. Sophisticated Classic about sums it up!

I'm glad you all like it as much as i do. Maybe one of the most beautiful films ever made?