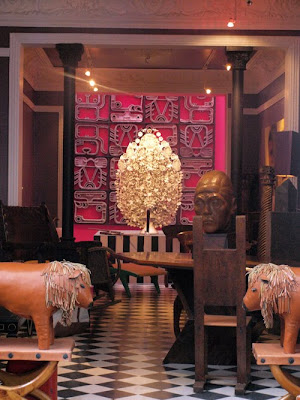 [Objects in Chic By Accident, as featured on Man Shops Globe's second season via Sundance .]
Friendly reminder: Episode seven of Man Shops Globe,  the one during which decorator Michael Smith tours Mexico with Anthropologie's buyer-at-large, Keith Johnson, airs tonight at 10 p.m. Eastern on  Sundance.  As mentioned last week, this one is of special interest to Oaxacan textile enthusiasts. And up next, Keith is joined by Anna Sui. Beautiful (crazy beautiful!) ceramic tiles from Damascus and Aleppo figure prominently in episode eight. Curious about books on the subject, I did a little research. 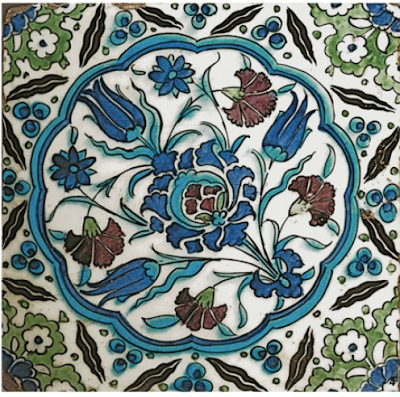 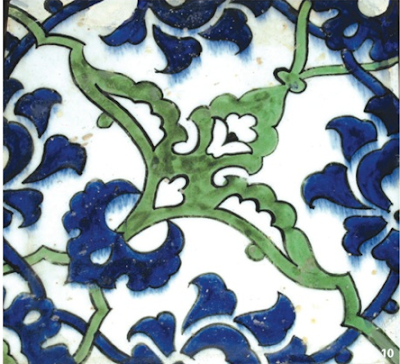 [Dome of the Rock tile, probably late 16th century, Georges Antaki Collection, Aleppo, via Hali, spring 2010.]
It seems that writer and art consultant, Arthur Millner, is working on a volume about Damascus tile and it is expected to be published in 2011. So, I'll be on the lookout for that next year. I did find these detail images among the illustrations for an article he contributed to Hali, spring 2010. 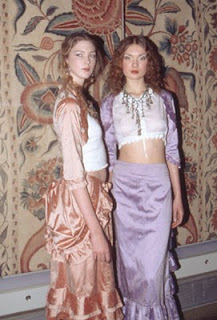 [Anna Sui Fashion in Motion, the V &A.]
Related past post: Strong Roots.
Posted by Style Court at 8:37 PM

I'm jealous! They don't air this where I live but I catch up on episodes while travelling after discovering this series on an inflight entertainment system. These tiles resemble some that I greatly admired in Portugal, the colours are lovely.

C
I know what you mean about those gorgeous tiles in Portugal.

Did you know episodes are available through iTunes? Hope you see more soon!

Thanks for the reminder - it's going on my DVR right now. Love those tiles too.

I have this on my tivo, waiting for my undivided attention. I was so scared you were you going to giveaway the details! thanks for just a taste. can't wait to watch.

Nope, wouldn't want to be a spoiler!

Definitely worth the wait, btw.

Gorgeous tiles... We have been inspired to reproduce them...