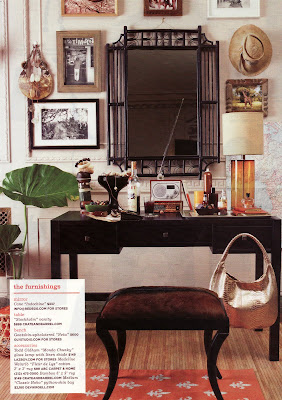 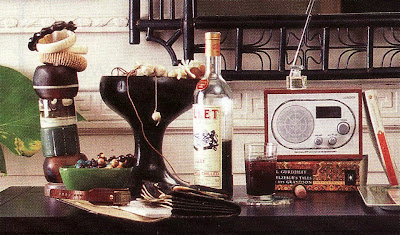 Apart from tracking down and photographing all those memorable apartments and houses, something domino magazine editors did exceptionally well, in my eyes, was style inspirational vignettes. I revisit this one often. To me, it says, "Just back from a globe-trotting adventure; spending a relaxed summer evening arranging what I picked up along the way." Almost every object looks like it holds a memory. 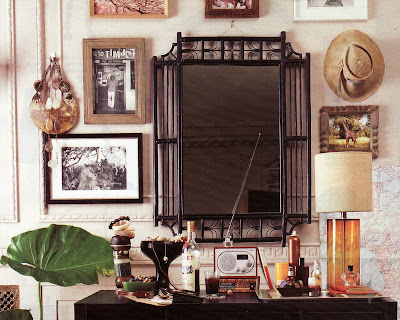 I can't say I'm back from some super-cool, relaxing getaway but I have snaked a few ideas from the styling of this unfussy vanity. Look at how the bracelets are stacked almost like a piece of sculpture. The patterned cover on the paperback caught my eye too, so I got out the magnifying glass. 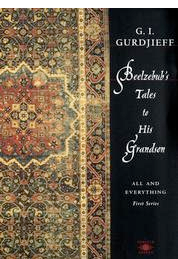 [Image via AbeBooks.]
It appears to be Penguin's edition of G.I. Gurdjieff's Beelzebub's Tales to His Grandson with an old oriental rug incorporated into the cover design. 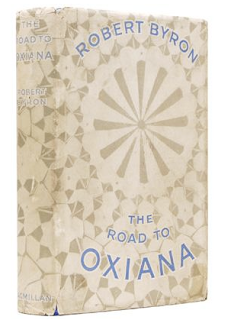 [Image via bookseller Peter Harrington.]
Researching various covers for Beelzebub's Tales, I came across some beautiful vintage editions of The Road to Oxiana by Robert Byron, a writer known for many things, one of which was his interest in architecture.  Bookseller York Modern includes this information in a listing for an original 1937 copy:

Byron, who died young in the Second World War, was one of the Brideshead set immortalized by Evelyn Waugh, but he was also the foremost travel writer of his age. He is best known for "The Road to Oxiana," a description of his journey in 1933-34 through modern Iran and Afghanistan. Paul Fussell recently suggested that "what Ulysses is to the novel and what The Waste Land is to poetry", Byron's book is to travel writing. 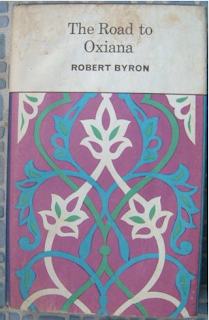 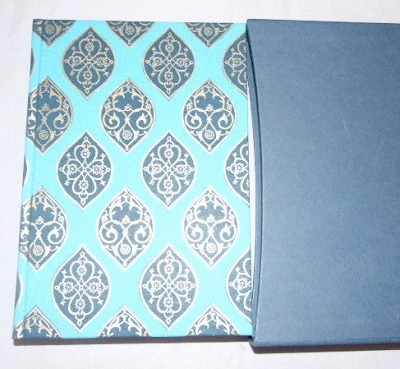 An even more recent edition, hardback in slipcase from Ardis Books.
Posted by Style Court at 1:57 PM