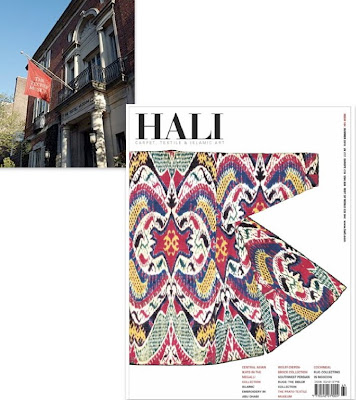 For a silk and cotton robe, landing the cover of Hali is something along the same line as a band making the cover of Rolling Stone. When my summer issue of the former arrived yesterday, I was happy to see that the editors opted to highlight an ikat piece from the Textile Museum's  Murad Megalli collection. The Washington, D.C. museum's upcoming exhibition, Colors of the Oasis: Central Asian Ikats, scheduled to be on view October 16, 2010 through March 13, 2011,  already seems to be generating buzz. 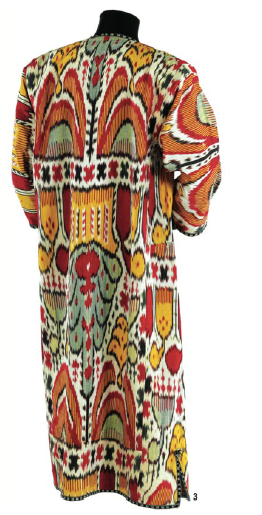 According to the magazine, the Central Asian robe on the cover is from the first half of the 19th century, tailored from 'half-silk' warp-faced ikat fabric; the invisible wefts are cotton. 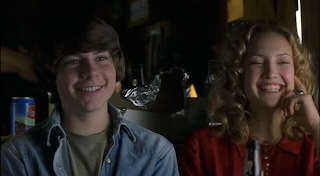 [Screengrab from Cameron Crowe's 2000 film, Almost Famous.]
BTW: I tried to link to the "cover of the Rolling Stone" scene in Almost Famous, but struck out. Instead I'll leave you with "Tiny Dancer."
Posted by Style Court at 9:17 AM

Can not wait to get mine. Gaye

I want to swathe my chairs in this robe. stunning.