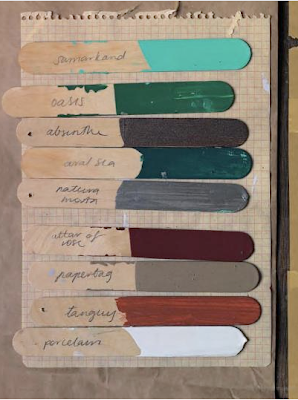 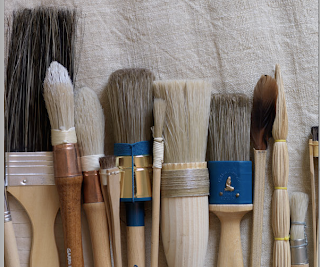 [Click to enlarge. From Etcetera: Creating Beautiful Interiors with the Things You Love, Murdoch Books 2009.] 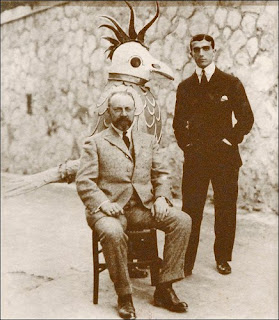 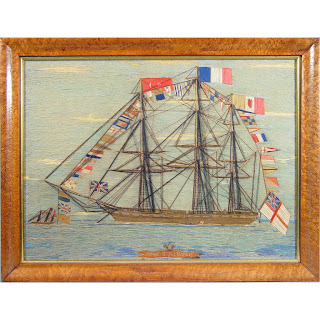 [An English Sailor's Woolie of H.M.S. Tribune, England circa 1860, available through Vandekar.]
For me, the big draw is her approach to styling inspirational objects into still lifes that serve as three-dimensional 'idea boards,' and the historically-based, sometimes fanciful back-stories she has in her mind. Court's creativity is sparked by subjects ranging from the costumes 20th century artists, including Matisse, designed for Serge Diaghilev’s Les Ballets Russes to Eastern European/Central Asian textiles, 19th century scientists, tattered old flags, and above all seafaring explorers. Travel with her here. 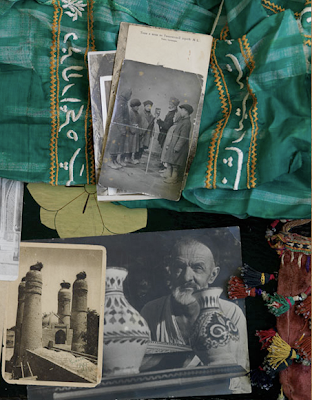 [Click to enlarge. From Etcetera: Creating Beautiful Interiors with the Things You Love, Murdoch Books 2009.]
BTW: Clicking through the detailed slideshows of vignettes is really a must to see what I mean about color stories. I'm also loving her Atlelier theme inspired by Julien Tanguy. 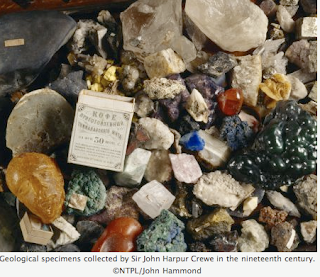 Related reading: Everyone's Talking About Calke and Matisse, His Art and His Textiles
Posted by Style Court at 7:26 PM

Wow. I could spend hours (well, I almost did) going through her color stories. She is so inspirational - thank you for leading me to this!

Glad you had the same response I did :) Recently I noticed a small stack of copies of her very cool book on hand in the Lenox Anthro. No luck at Borders or Barnes & Noble.

I have almost worn out my copy already. Great inspiration...

I love how Sibella says her book is meant to be scribbled in, even the victim of a bold highlighter if necessary!

Also, this is way outside my usual coverage area, but Sibella's shop, The Society Inc. is hosting an outdoor
fleamarket, Saturday July 17, 2010 from
8 til 12
at
18 Stewart St
Paddington, NSW, Australia

Oh, thanks Courtney! I'm heading over there asap to see if I can get my hands on one.

I love the color palette in Court's book. So beautiful and restful!