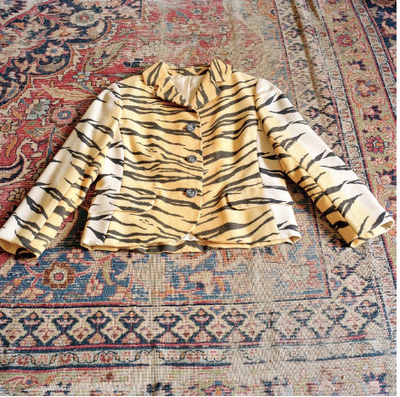 [Jackson Fine Art in Atlanta.]
This body of work began as a sort of personal scrapbook created by the artist to aid her mom's failing memory as the cloud of Alzheimer’s set in. But Barron ultimately went further, juxtaposing the clothes, accessories, and other personal belongings with textiles that held layers of meaning for the woman who had long been considered one of Atlanta's best dressed philanthropists. (I offered more background in this original post.)  Like Tom Ford's A Single Man, the exhibition seems to me to be about appreciating small moments. Obviously fans of vintage couture will respond to it, but I think it will resonate with anyone who studies photography. 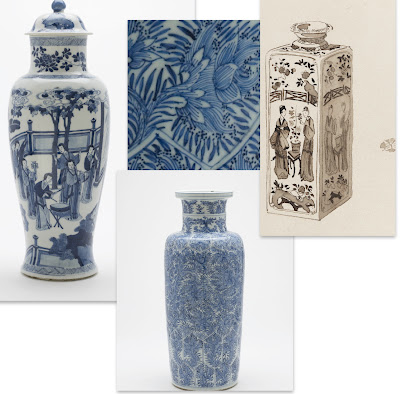 [Click to enlarge. All images posted with permission from the Freer Gallery of Art. From the top left: Baluster vase with lid, Qing dynasty, Kangxi reign 1662 - 1722; Detail view and full view, vase, Qing dynasty, Kangxi reign 1662 - 1722; A Chinese porcelain square canister by Whistler, 1878, pencil, ink and wash on cream wove paper.]
And a reminder: Chinamania: Whistler and the Victorian Craze for Blue and White opens at the Freer Gallery on August 7 and continues through early August 2011. The show explores the craze for blue-and-white Chinese porcelain in London in the 1870s, a phenomenon artist James McNeill Whistler -- an early collector of Chinese porcelain himself -- helped spark. More about the exhibition here.
Posted by Style Court at 11:46 AM

I love these blue and white vases. They are seriously beautiful especially the one at the bottom. Thank you!