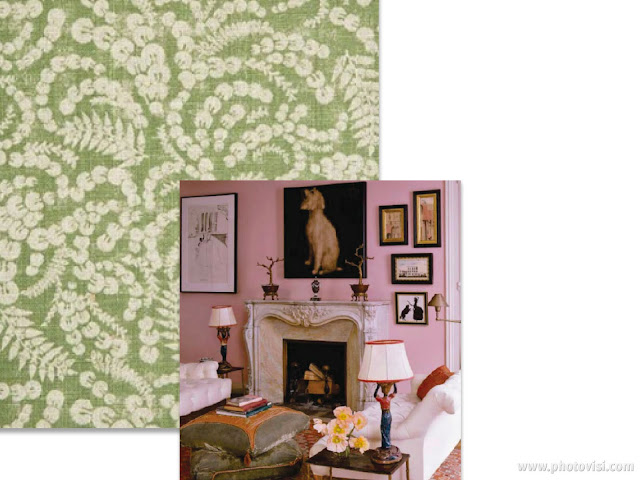 [Cropped image on the right is a detail from Simon Upton's photo from Elle Decor, November 2008. Click to enlarge.]
The spirit of Lisa Fine's long departed Wheaten Terrier, Malula, lives on. There's the portrait, shown above, placed near a Kara Walker on the wall in Fine's Paris apartment, and there's the hand-printed Malula linen.  Fine told me that her "crazy" Wheaten used to run in circles like the ferns in the print, hence the name. 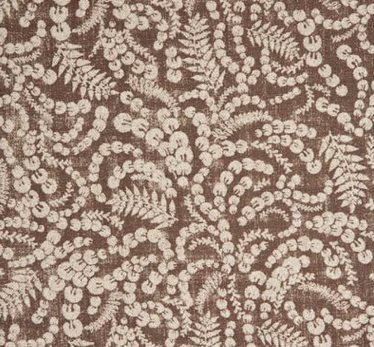 But there's more of a back-story to the fabric. The Mississippi-born Paris resident and textile designer has an obsession with deer and Persian gardens. She knew she wanted to include deer in her collection but translating the animals in a sophisticated way proved to be a challenge, at least initially. New inspiration came from a visit to the Lanvin bedroom in Paris.

"I noticed that Albert-Armand Rateau's art deco murals were full of deer and other animals that were depicted in a less precious style. Basically, Chiara and Malula are direct adaptations from the Rateau mural there," she explains. 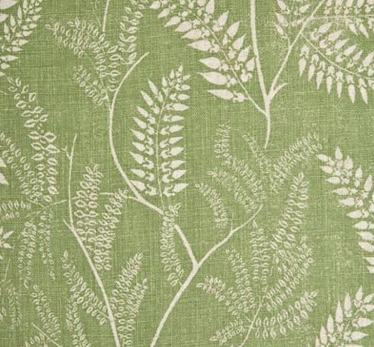 Another print, Fine's "anchor" fabric, Pandora, is in the works. Pandora will include deer and other creatures -- elements that took longer to produce. Personally, I'm happy that she reinterpreted everything in cool linen. Living in Georgia, right now linen is incredibly appealing to me (like a ripe homegrown tomato between thin bread with a little salt, fresh ground pepper and mayonnaise). I'll share an image of Pandora as soon as I can.

In case you missed it, the blogosphere has been embracing a room done up for summer with a few of Fine's other prints. Visit B & B and Mrs. Blandings to see.  And click here to read about a connection between Rateau's murals and Peacock Pavilions. 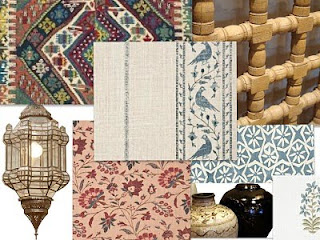 Related past post: Setting the Mood
Posted by Style Court at 3:45 PM

Hey! Thanks for the link. Love knowing the back story to any design process. Another thing I can always find here.

Agree with my Kansas City friend; it is very nice to hear of the stories behind the process of art, fabric, design.