Made in the Shade II 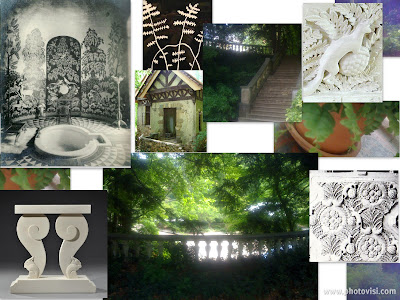 On Saturday I was up bright and early to explore some quiet, shady spots in Druid Hills along with a couple of adjacent neighborhoods before the brutal heat set in.  Ever since textile designer Lisa Fine introduced me to Helen Guéné's book, Décoration et haute couture -- a beautifully illustrated volume about the creative collaborations between Jeanne Lanvin and Armand Albert Rateau in the 1920s --  and the highly stylized woodland motifs that intrigue her,  I've been looking at the squirrels, ferns and city gardens in my own backyard from a new angle. 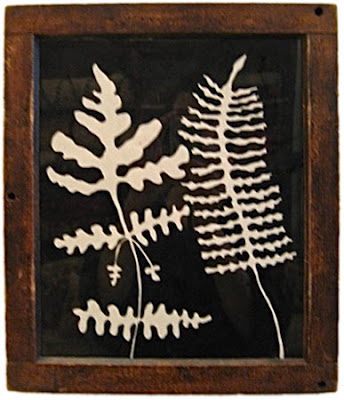 Cator Woolford is especially fun to visit when no one else is around.  Different views of the steps captured on my iPhone are shown above mixed with decorative and sculptural images from the book. I also incorporated a picture of my next stop: Callanwolde's Tudor-style 20s pool house, recently restored and renamed the Samuel Goldman Retreat (it can be rented for showers or intimate parties). 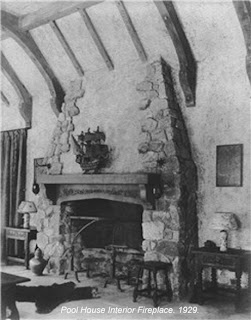 [As it looked in 1929. Pool house images via Callanwolde.]

And then there's the 'squirrel table.' 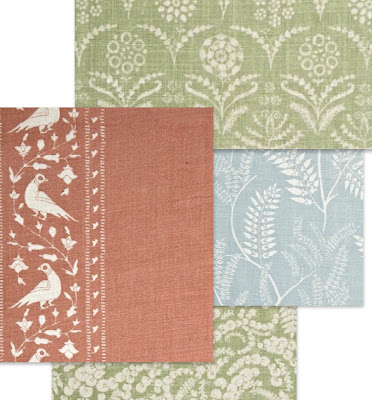 A few weeks ago, Lisa was walking down a street in Paris when she passed by the window of Galerie Plaisance; her eyes went right to a circa 1935 dining-room table with a marble top placed on two stylized squirrels carved in white stone. She sent me a message via blackberry that described it as being so much in the spirit of her Rateau-inspired collection. Check out multiple views of the unusual table here.

Those are so pretty!!

I am new to your blog and really enjoyed it.
Thanks so much.

Love Lisa Fine's fabrics! That table is stunning, would love to be in Paris to see it.

That table is fabulous!! Love it and the Lisa Fine fabrics!