From Textile to Painting 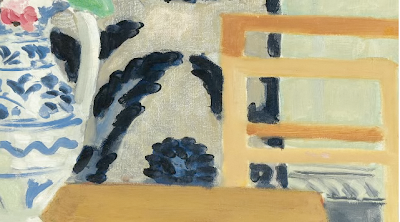 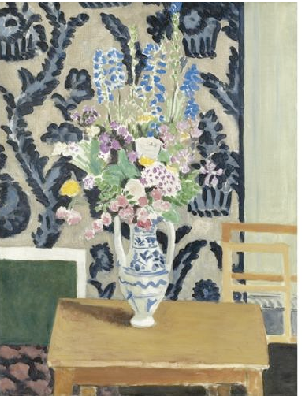 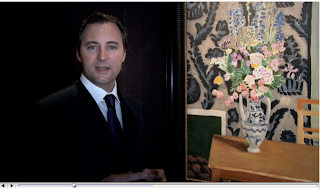 [Click here for video coverage of the key lots in the sale.]

The painting, Matisse's celebration of the first Bastille Day following the World War I Armistice, was earlier chosen by Sotheby's for the cover of the sale catalog. 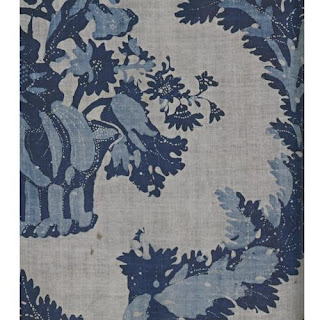 [Henri Matisse textile collection as seen in Matisse, His Art and His Textiles and at Sotheby's online.]

I'm mentioning it hastily now, in part, because one of Matisse's treasured textiles (a 19th-century French printed cloth from the book I've been going on and on about) inspired the painting's background. 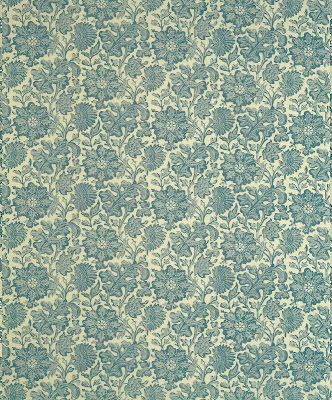 Above is Bennison's Matisse linen. 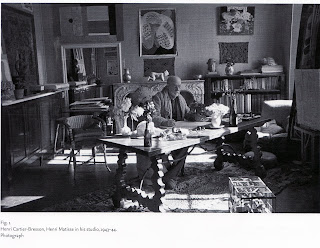 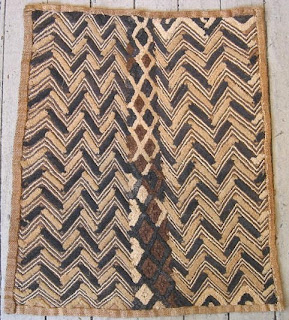 And here, Kuba cloth in the background of a Henri Cartier-Bresson photograph of Matisse in his studio 1943-44, from Matisse, His Art and His Textiles. Henri Cartier-Bresson: The Modern Century, an exhibition currently on view at MoMA, includes the photographer's famous portrait of Matisse with his birds and is traveling to the High in 2011.
Posted by Style Court at 8:56 PM

Can you believe the price the Matisse went for! Such beauty, and the fabrics from his designs are glorious.

I love the fabrics from his designs

Great to hear from you, Barbara! Thanks so much.