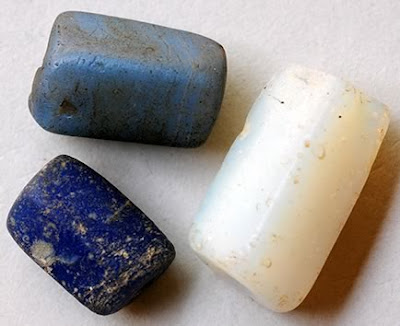 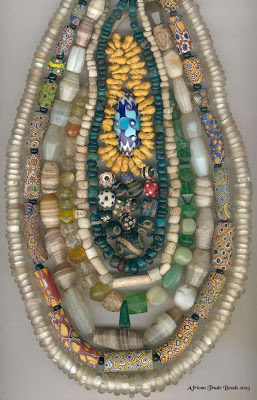 [Copyright ©African Trade Beads collection.]
Just like tie-dye, colorful collections of beads make me think of summer crafts. And much like that of-the-moment resist-dyeing technique, beads have a long history in Africa.

Writing about the artistry of West African beadwork for Hali, winter 2009, Vanessa Drake Moraga says that the first known beads in African archeological record date from 10,000 BC.  Racing through the centuries, Giorgio Teruzzi picks up with the trade bead phenomenon.  In Selvedge, issue 29, he explains that beads crafted in Venice and the Near East originally made their way to Northern and Sub-Saharan Africa during the early Islamic period (8th through 12th centuries).  Later, in the 15th century, seafaring European merchants used beads as currency in Africa and today the tiny recycled objects are spotted in abundance in markets throughout the continent, including regions such as present-day Mali. 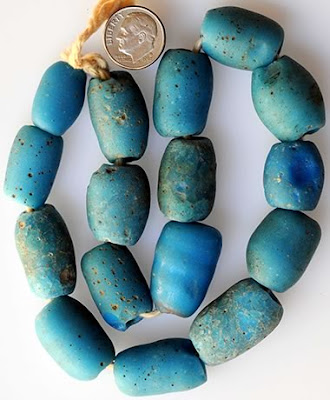 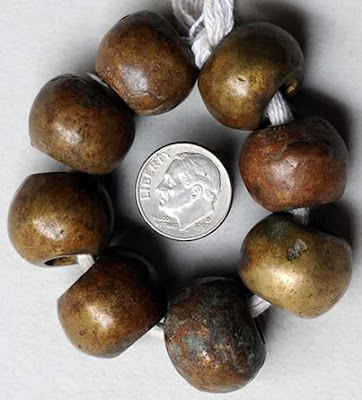 [Picard Museum strand of Yoruba bronze late 19th to early 20th century.]
In addition to antique beads, Picard sells more affordable trade pieces.  As for African Trade Beads, set aside an hour. There is so much to see and read; it's easy to get lost there, but in a good way. Apart from thinking about beads in terms of jewelry making, both sites inspired me to consider collecting beads simply to keep in bowls or to play with like a three dimensional palette. 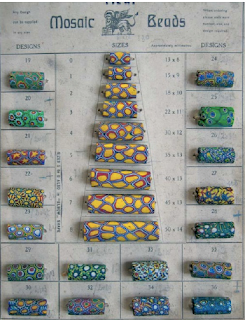 [Image via Selvedge, issue 29, from a review of Augusto Panini's book, Middle Eastern and Venetian Glass Beads: Eighth to Twentieth Centuries.]
By the way, the Hali article cites these sources: 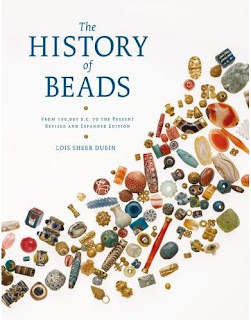 Looking for more inspiration? I learn something new every time I visit the following blogs:

Treasure Hunt
Little Augury
It's About Time
JCB
Enfilade
Posted by Style Court at 1:03 AM

The same is true for me, when I read each of your new blog postings. Thank you.

Lovely post.Beads are stunning, attractive, fun, sparkle and can decorate so many objects, textiles, belts, rings, bags, etc.For me it's a *way* to wear mosaic which would otherwise be too heavy and far too complicated. Your blog is one of my favourites.

I love African trade beads, I bought mine in London in the late 70's, and I wore them with kanga, that I tied into dresses. I still wear my beads. Wonderful post!

I do love beads-fascinated with them and these are artworthy. Likewise for being inspired here. I got my new HALI issue last week-thanks to you! pgt

Courtney the Picard site is "sick" I am overwhelmed! some beautiful things that I am going to get, Gaye

Gaye, thrilled you found some things!

Dandy, it's amazing how these beads travel, isn't it?

And I have to say, on Picard's site in the section of 'not-so-rare,' those offerings are still pretty great.