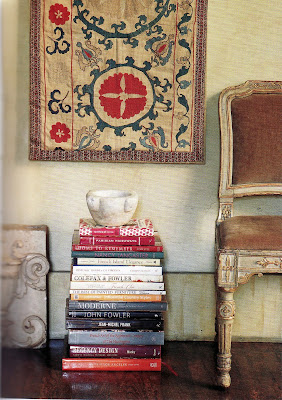 [Photography by Tim Street-Porter © Rooms to Inspire in the City Rizzoli New York, 2010.]
I've been mentioning Annie Kelly's new book in snippets and this afternoon it dawned on me that I never offered a rundown on all the featured city houses and apartments. Although a full chapter is not devoted to the 1920s house that the author shares with her husband, photographer Tim Street-Porter, there are wonderful glimpses of it. Like the vignette above. And the secretary shown in the previous post is one of their family pieces, passed down to Street-Porter from a place in England owned by his grandfather called Coveney Manor. Similar to Chateau Marmont, the house is an incredibly romantic example of Hollywood fantasy architecture. 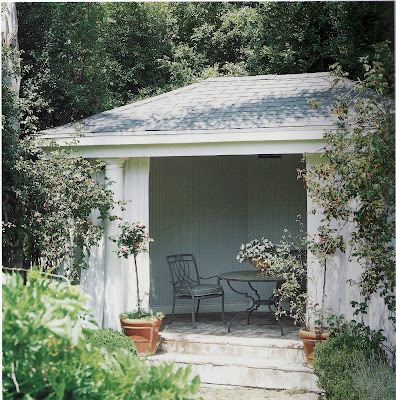 [Photography by Tim Street-Porter © Rooms to Inspire in the City Rizzoli New York, 2010.]
I think you already know about the twenty pages devoted to Mary McDonald's 1940s bungalow in West Hollywood, and cover girl Carolina Irving's New York City place, but here are just a few of the other designers and tastemakers who are the focus of full chapters with loads of photography:

Tony Duquette -- his San Francisco apartment and the Paris apartment he designed for Dodie Rosekran; there are two projects by Muriel Brandolini; Jaya Ibrahim's Indonesian home is included along with Peter Lindon's London house; Liv Ballard's Parisian pied-a-terre is represented as well as Martyn Lawrence Bullard's work and the ever-cheerful Jonathan Adler-designed apartment of the Wagman family made it into the pages too. 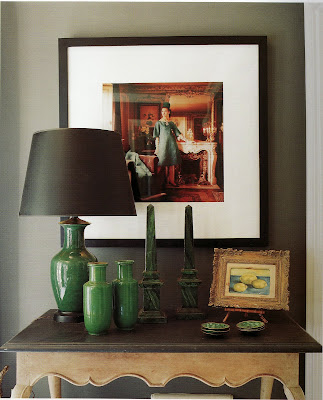 [Photography by Tim Street-Porter © Rooms to Inspire in the City Rizzoli New York, 2010.]

In all there are seventeen chapters dedicated to distinct residences. Work from more designers, including Kelly Wearstler and Windsor Smith,  pops up in the sections on kitchens, entertaining, and displaying books. It's really nice to have all of these homes together in one volume.

Oh, and regarding what I wrote in the previous post, I do want and need space for thousands of books. Believe me, the goal is to have room for more. Right now I'm reaching capacity at around 450 tomes. Maybe I'll come up with a creative way to squeeze in a hundred more.
Posted by Style Court at 3:07 PM