The Fabric of Our Lives

[Tent hanging, Golconda, India, 1650 – 1780. The Textile Museum 6.129. Acquired by George Hewitt Myers in 1947.]
You'll have to excuse my less than original post title. That Zooey Deschanel cotton commercial is still playing in my head. It came to mind again when I was thinking about The Textile Museum's exhibition, The Art of Living, on view through January 2011.

Earlier this year the museum embarked on a study of how home furnishings, specifically fabrics used in interior design, shape the everyday human experience. Visitors to the Washington, D.C. institution see centuries-old chair covers, pillows, rugs, wall hangings (the tent hanging above reminds me of the Indian Chintz at Powis Castle) and other domestic pieces. Most of the designers behind the textiles are anonymous, but a handful, including Ghiyath al-Din Ali, a high-ranking designer/weaver at the court of Abbas I (1571-1629) in Iran, and Kenneth Noland (1924-2010), the American Color Field painter who created designs for tapestries woven by Navajo weavers, are known. 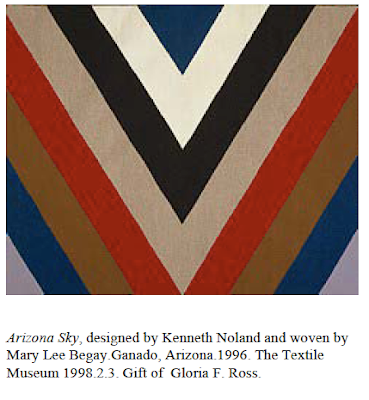 The museum explains that The Art of Living sets the stage for a larger upcoming spring/summer exhibition, Art by the Yard: Women Design Mid-Century Britain. This show will offer a look at the careers of three very well-known 20th-century British designers -- Lucienne Day (1917-2010), Jacqueline Groag (1903-1985) and Marian Mahler (1911-1983) -- and the post-war era that informed their work. 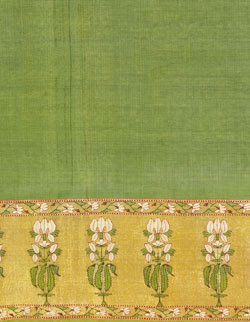 Going back to 18th-century India, I just want to share this lovely detail of a sash from the museum's collection. It's an example of what we are likely to see in the 2011 exhibition, Green: the Color and the Cause. The range of pieces expected to be shown encompasses textiles from the permanent collection along with items by contemporary artists and designers.


[All images via The Textile Museum.] Update for readers in London:

Aleta Bartel-Orton will be exhibiting and selling her fabric at the Asia House Fair this week, April 23-24. The setting is a Robert Adam-style 18th century town house located at 63 New Cavendish Street, and the fair is open to the public with free admission.

By the way, Craig Hanson, currently stranded in the UK, is posting dispatches from London about the Curious Specimens conference. 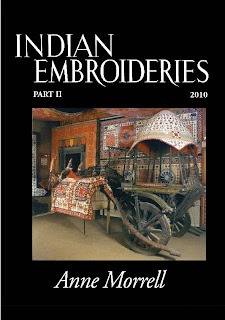 The Calico Museum is showing an upcoming edition from Anne Morrell, Indian Embroideries Part II, in their 2010 Publications section. 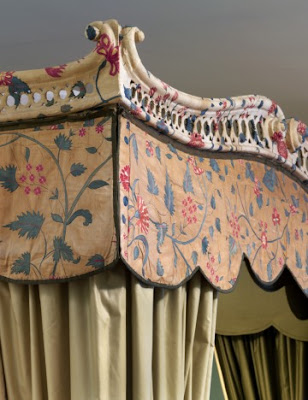 [Embroidered Indian silk, or 'Decca work', on the bed in Mr Child's Bedroom at Osterley Park. ©NTPL/Dennis Gilbert.]
Treasure Hunt, the National Trust blog, has posted beautiful details of old embroidered silk made in the Deccan in Southern India. Again, it's fun to compare and contrast the antique four-poster beds 'wearing' Decca work with some of Michael Smith's contemporary projects. 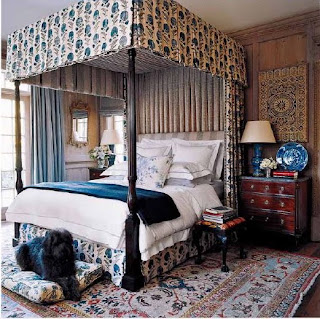 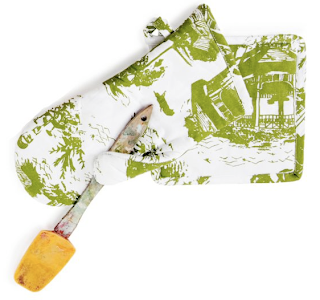 And lastly, if you're in Atlanta and want to see in person SCAD grad Morena Guzman's Savannah Toile Collection, the kitchen linens are definitely in stock at Shop SCAD, 1600 Peachtree Street. Guzman's designs have received a lot of buzz lately; design*sponge and Belle Decor have both taken notice.
Posted by Style Court at 9:32 PM

Fabulous weavings with so much creative talent!

Oh, thank you so much for this post - and for the London update! Will definitely visit.
Have been following your site for a while now, and love your enthousiastic introduction to the textile world, formerly unknown to me!

So happy to hear that! I hope you can meet Aleta.

The Noland made me think of you.

Wonderful post. I, too love textiles. Thank you! ~maureen

Great to see some more Indian textiles. This post has inspired me to do another post myself, on some interesting East Asian textiles at Osterley Park.