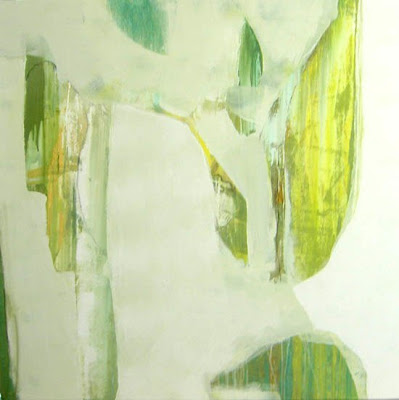 Painter Meredith Pardue has done something kind of poetic with the biography section on her website. Rather than simply list where she earned her degrees or where she exhibited six years ago, she shares a bit about the landscapes, colors, scents, people and experiences that have shaped her work. While reading about her days in Savannah -- when she had the freedom to paint outdoors shielded by enormous banana leaves in her garden courtyard, or to work through the night, staying up to watch the sunrise -- I escaped for a few minutes to the warm city with the great old bricks. 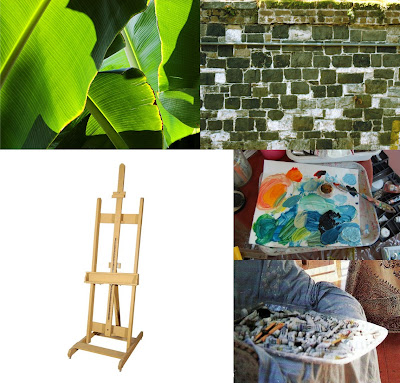 My mind wandered, imagining the movie version of this apartment. 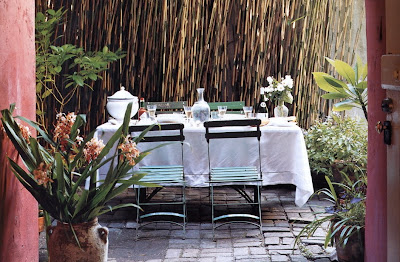 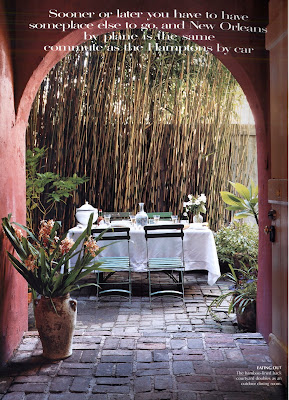 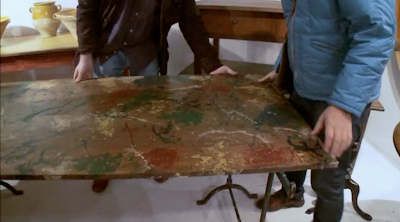 The set would definitely need a big sturdy piece that could do double duty as a work space and part-time dining table. Remember the paint-splattered table top that Keith Johnson found in the UK episode of Man Shops Globe? Getting any DIY ideas? 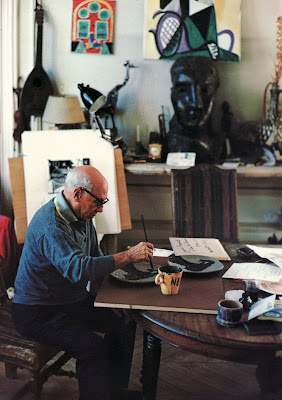 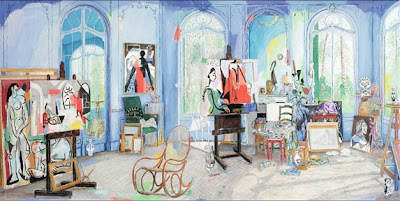 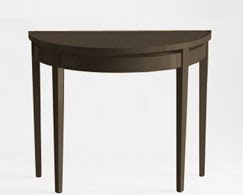 For a much smaller place, the hypothetical young artist's apartment in Savannah, I also love the idea of Oomph's painted demi lune table. Not to be used as a work space, but with the antiqued stainless top as a bar or sideboard. 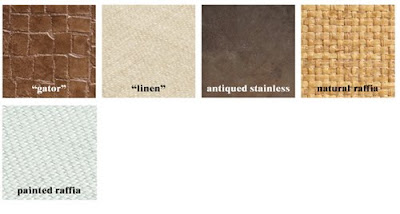 Just as a narrow table in Picasso and Jacqueline's dining area was laden with sculptures, paintings and objects, the demi lune could hold small finished works too. 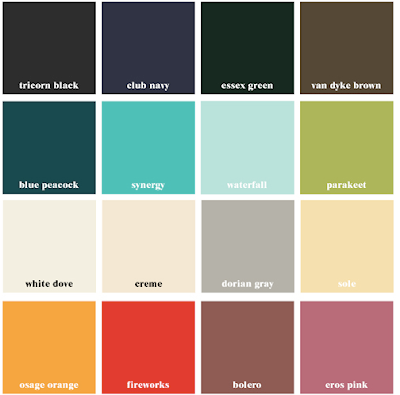 Oomph's table is offered in all sorts of brilliant colors, however I'm thinking Van Dyke Brown would be a nice counterpoint to lots of brightly hued paintings. 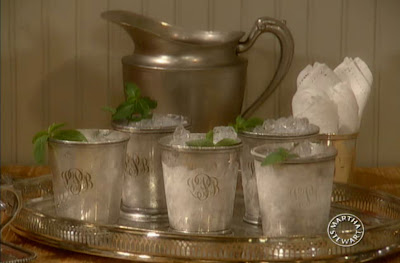 Another must: a set set of silver julep cups. (Frost is better on these than on Atlanta's roads.)

This post leaves me dreaming of a warm summer's day spent in Savannah. I was there last summer and couldn't have enjoyed it more! I couldn't even imagine what it would be like to live and work as an artist there.

So happy to hear that. It can be oppressively humid but I'd be happy to be there right now if I could fast forward the calendar to more mild April :)

Gaye, what a great point about a naturally splattered table. Whether it's on a palette (board) or table top, a surface that has built up over months or years will be different than one splashed together in an afternoon.

Off to read Meredith Pardue's bio this very second. I've never been to Savannah and have always dreamed of going... Her spin on the traditional bio sounds wonderful.
XX Kate