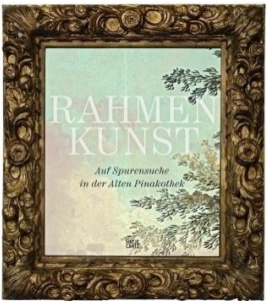 Enfilade just posted a link to The Art Newspaper's coverage of a soon-to-open Munich exhibition that explores the history of frames.

The Art of the Frame: Exploring the Holdings of the Alte Pinakothek will be on view at Alte Pinakothek, January 28 through April 18, 2010. As the Newspaper explains, during the baroque period, frames were made by cabinetmakers rather than woodcarvers or sculptors. I think a lot of people know that frames were once made entirely by hand (and last year I mentioned an atelier that still employs traditional gilding techniques) but I'm not sure if the intense level of craftsmanship that once existed is widely understood.

In organizing the show, curators sifted through 4000 frames and selected 92 on which to focus. Visitors will see frames from four centuries, with examples ranging from the highly elaborate to the miniature, including 16th-century case frames and Classicist and Empire style frames.

The good news for all of us who can't travel to Munich in the next few months is the highly detailed 264-page catalog that accompanies the exhibition. Enfilade reports it will be available here.
Posted by Style Court at 8:14 AM

Courtney, I know it will be fascinating! Fine molding companies like Larson Juhl, and Roma use the European techniques for their high end lines sometimes with up to 25 gilding's and finishes to complete.