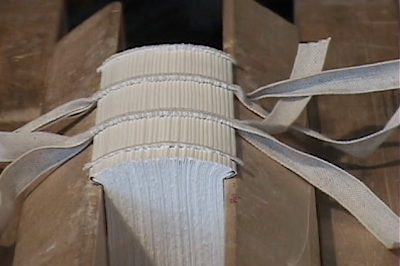 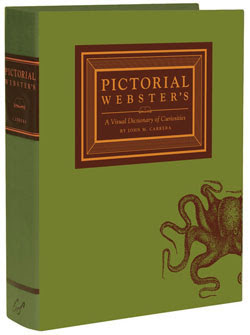 It's Book Week over at JCB. I think it's safe to say many of us will learn about a few new titles (or rather, old books that are new to us) and of course the classics will be highlighted. Undoubtedly some of this year's most talked about books include Coralie Bickford-Smith's clothbound series of literary classics for Penguin and John Carrera's re-appreciation of the Pictorial Webster's: A Visual Dictionary of Curiosities. Maybe I've been under a rock, but until visiting JCB, I was unaware of the highly detailed video that documents his bookmaking process. It's a must see.

Image one is a screen grab from John Carrera's project video; image two via Chronicle Books.
Posted by Style Court at 4:45 PM

I cannot wait to watch this video!!JCB's Book Week will be so fun!